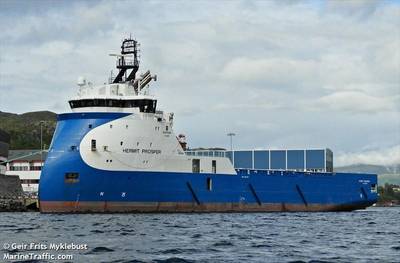 Offshore vessel owner Hermitage Offshore Services, hit by prolonged low oil prices and business fallout from the coronavirus pandemic, said it has voluntarily filed for reorganization under Chapter 11 of the Bankruptcy Code in the U.S. Bankruptcy Court for the Southern District of New York.

New York-listed Hermitage, part of the Scorpio Group, said it filed for Chapter 11 after failing to reach a financial restructuring deal with lenders out of court.

"While the company would have preferred to complete its financial restructuring out of court, it was unable to reach a consensual agreement with its lenders, which made filing Chapter 11 necessary to provide a single forum for all continuing conversations with its lenders," Hermitage said in a statement on Wednesday.

The company said it anticipates business operations will not be adversely affected by this proceeding while it works with lenders toward a resolution. It said payments to customers and vendors have historically been made by one of its managers outside the Chapter 11 cases, so those due now and in the future will continue uninterrupted.

Hermitage, previously named Nordic American Offshore, now owns 21 vessels, including 10 platform supply vessels and 11 crew boats, which primarily operate in the North Sea and along the West Coast of Africa.