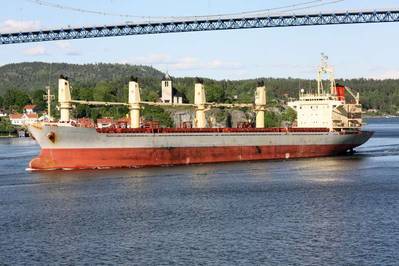 FreeSeas Inc., a transporter of dry-bulk cargos through the ownership and operation of a fleet of Handysize and Handymax vessels, announced that it has entered into terms with the insurers of M/V Free Goddess pursuant to which the sum of $1.1 million will be paid by the insurers to the company. The amount of $700,000 has already been disbursed in favor of the company pursuant to the terms agreed.

In 2012, the M/V Free Goddess was hijacked by pirates from February to October and has been under repair at her port of refuge since being release.

As a result of the repairs progress and the funding received, the vessel is now expected to shortly return to service.