This Day In Naval History: March 31 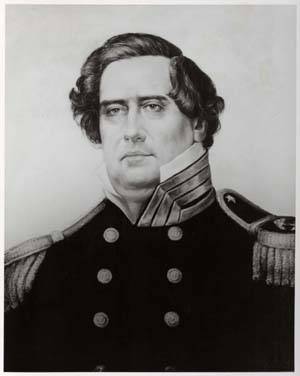 1917 - Rear Adm. James H. Oliver takes possession of the Danish West Indies for the United States, and they are renamed the U.S. Virgin Islands. He also becomes the first governor of the islands under American control.

1992 - USS Missouri (BB-63), the last active American battleship, is decommissioned. Commissioned in June 1944, she served during World War II, notably for the location of the official Japanese surrender on Sept. 2, 1945. Today, the "Mighty Mo" is open for visitors in Pearl Harbor, Hawaii, as the Battleship Missouri Memorial, under the care of the USS Missouri Memorial Association, Inc.

1993 - Two 2 EP-3E aircraft, from Fleet Air Reconnaissance Squadron 2 (VQ-2), are on station over the Adriatic providing crucial support to the delivery of humanitarian air drops over eastern Bosnia-Herzegovina in Operation Provide Promise. This operation becomes the longest running humanitarian airlift in history at the time and operates from February 1993 to January 1996.