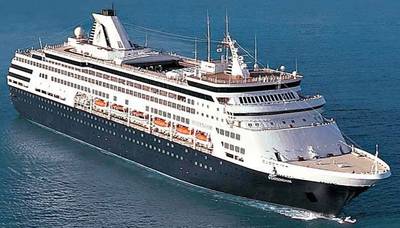 From fall 2014 through spring 2015, Holland America Line will offer South America deployment with four ships positioned in the region. The line's ms Statendam, ms Maasdam, ms Prinsendam and ms Zaandam will sail 20 voyages around the continent ranging in length from 14-68 days.

With departures from Fort Lauderdale, Fla.; San Diego, Calif.; and Vancouver, British Columbia, as well as sailings originating within South America, the four ships will explore more than 50 exotic and remote ports, with stops at points of interest including the ruins of Machu Picchu and seeing the colossal glaciers of Chile and Antarctica.

"South America is a big draw for cruisers because it is the most diverse continent in the world with extreme climates, dramatic landscapes and fantastic touring opportunities," said Richard Meadows, Holland America Line's executive vice president of sales, marketing and guest programs. "In addition to featuring unique experiences like attending Carnaval, seeing penguins in their natural habitat and rounding Cape Horn, the itineraries take guests to places that are best visited via cruise ship, such as Antarctica and the Amazon River."

The voyages include Zaandam's full season of cruising and a 49-day port-intensive Amazon and Carnaval Explorer voyage aboard Maasdam that visits Rio de Janeiro, Brazil, in time for the annual celebration. The 28-day Amazon Explorer cruise returns in November 2014 on Prinsendam, and Statendam sails month-long roundtrip San Diego itineraries in November 2014 and March 2015. The longest voyage of the season is Prinsendam's 68-day Grand South America and Antarctica Voyage that circumnavigates the continent.

Zaandam spends the season in South America
To start the South America cruising season, Zaandam departs Vancouver Oct. 5, 2014, on a 22-day Inca Discovery cruise that takes the ship from Vancouver to Valparaiso (Santiago), Chile. The cruise also can be embarked at San Diego, making it an 18-day voyage. Guests will explore seven countries and enjoy an overnight at Callao (Lima), Peru, providing an opportunity for an overland tour to Machu Picchu.

Departing Valparaiso Oct. 27 on a 14-day South America Passage, Zaandam continues the journey around Cape Horn to Buenos Aires, Argentina. The ship visits a variety of climates, from glaciers to tropical beaches, including an in-depth exploration of the Chilean fjords and passage through the Strait of Magellan. An overnight at Buenos Aires provides extra time to explore the local culture.

From October 2014 to March 2015, Zaandam will sail seven 14-day South America Passage itineraries between Valparaiso (Santiago), Chile, and Buenos Aires. The sailings include an overnight at Buenos Aires, multiple days cruising the scenic fjords and national parks of Chile, calls at remote locations such as the Falkland Islands (weather permitting) and sailing around Cape Horn. A call at Ushuaia takes guests to the southernmost town in the world.

A 20-day South America and Antarctica Explorer holiday cruise from Valparaiso to Buenos Aires on Zaandam departs Dec. 22, 2014, featuring exciting holiday activities onboard, while two 19-day voyages between Valparaiso and Buenos Aires depart Jan. 11 and 30, 2015. The extended itineraries sail farther south past Ushuaia for scenic cruising through the Antarctic Sound to the Palmer Archipelago on the northwestern coast of the Antarctic Peninsula.

Zaandam begins the reposition back to Fort Lauderdale on a 14-day South America Passage cruise departing March 18, 2015, from Buenos Aires to Valparaiso. The ship sails a clockwise route down to Glacier Alley and around Cape Horn, with an overnight call at Buenos Aires at the end of the voyage.

Statendam showcases Mexico and the Panama Canal
On Nov. 2, 2014, Statendam embarks on a 31-day roundtrip San Diego Inca Empires voyage that sails down to Callao and includes a partial transit of the Panama Canal. Guests will have more time in port with overnight calls at Huatulco, Mexico; Fuerte Amador, Panama; and two nights at Callao, allowing for ample time to take an overland tour to Machu Picchu. The ship also calls at ports in Ecuador, Costa Rica, Nicaragua and Guatemala, and four additional ports in Mexico.

Departing March 15 on a 30-day roundtrip San Diego cruise, Statendam sails another Inca Empires itinerary that duplicates the November route, but without the Panama Canal partial transit. Two 15-day segments are available from San Diego to Callao and Callao to San Diego.

Explore the Amazon, Experience Carnaval on Maasdam
Guests who want to experience the excitement of Rio's Carnaval and the natural beauty of the Amazon River can embark Maasdam for a 49-day Amazon and Carnaval Explorer Voyage, conveniently sailing roundtrip from Fort Lauderdale Jan. 23, 2015.

The cruise will call at 25 ports, including all three of the ABC Islands — Aruba, Bonaire and Curacao — and 14 ports in Brazil. The ship will cross the equator three times during the voyage and venture deep into the heart of the Amazon River. Another highlight of the itinerary is Carnaval, a festive celebration often referred to as the world's largest party that coincides with an extended two-night call at Rio Feb 15-17. Extended calls at three ports — Oranjestad, Aruba; Willemstad, Curacao; and Salvador de Bahia, Brazil — as well as overnights at Rio and Manaus, Brazil, allow plenty of time ashore to enjoy historical and cultural attractions.

Prinsendam's Grand Voyage and in-depth Amazon exploration
Departing Nov. 20, 2014, Prinsendam sails south on a 28-day Amazon Explorer voyage roundtrip from Fort Lauderdale. During the cruise the ship will cross the equator twice and sail throughout the Caribbean visiting stops such as Guadeloupe, St. Lucia, Aruba, Tobago and Barbados. The Amazon is the star of the itinerary, however, with nine full days cruising on the longest river in the world, calling at six ports along the way with an overnight at Manaus.

Guests looking to get a taste of the whole continent and journey to Antarctica can embark Jan. 3, 2015, on Prinsendam's Grand South America and Antarctica Voyage. Sailing roundtrip Fort Lauderdale, the 68-day adventure takes a counter-clockwise course through the Panama Canal and down the west coast to Ecuador, Peru and Chile before spending three days in the waters of Antarctica. After rounding Cape Horn, the ship sails north to the Falkland Islands, Argentina, Uruguay and Brazil before island-hopping through the Caribbean at the end of the journey.

Shore Excursions, Overland Tours in South America
Holland America Line guests can experience some of the most iconic and famous South American attractions and destinations by taking an award-winning shore excursion or in-depth overland tour, many of which visit UNESCO World Heritage sites. Some notable excursions include a trip to dramatic Iguazu Falls at the border of Brazil, Argentina and Paraguay; an overland journey to Cuzco and Machu Picchu — the Lost City of the Incas — at an elevation of 7,874 feet; a tour to see thousands of Magellan penguins near their caves and nesting areas; and a drive to Tierra del Fuego National Park that includes a stop at Lapataia Bay, the southernmost place that can be reached by road.

Experiencing more of South America through On Location
Through the line's On Location enrichment program, local traditions, culinary tastes and cultural experiences come to life both onboard and ashore to deepen guests' appreciation of the destinations they are exploring. In South America, that might mean learning to cook Gaucho Steak with Chimichurri Sauce in the Culinary Arts Center, tango lessons from a professional South American dance expert, a gaucho-themed barbecue on deck with traditional South American fare and Spanish lessons.