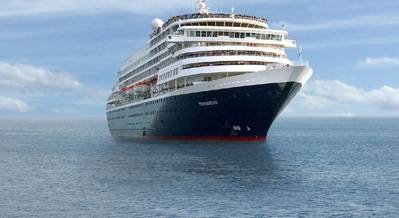 The Seattle-based Holland America Line said its small ship  835-passenger Prinsendam had been sold to a company that would put it in service with a German cruise operator Phoenix Reisen.