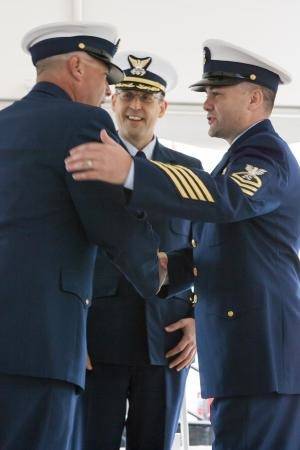 Cross, a native of Wilmington, Vt., reports from Station Port O’Conner, Texas, where he served as executive petty officer.