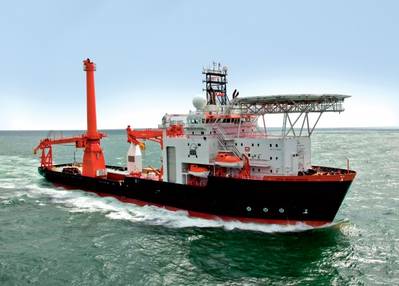 The announcement on Tuesday follows Hornbeck’s previous announcement earlier this month when the company said it was in talks with lenders over the terms of the balance sheet restructuring, to be implemented through a prepackaged chapter 11 filing in the Southern District of Texas.

As said previously, the restructuring is planned to be implemented through a voluntary pre-packaged Chapter 11 case in the United States Bankruptcy Court for the Southern District of Texas.

This is, according to Hornbeck Offshore, expected to take place in the coming weeks with a targeted completion date prior to the end of the second quarter of 2020.

Full payment for vendors and employees

Under the deal, existing creditors are expected to provide Hornbeck with a $75 million debtor-in-possession term loan facility, and permit the use of existing cash on hand and cash generated from operations to support the business during the financial restructuring process. This will enable Hornbeck Offshore to operate in the ordinary course of business without disruption to its customers, vendors, and workforce.

“The Restructuring Support Agreement provides for payment in full of all vendors and employees,” the offshore vessel operator said.

Hornbeck Offshore expects the reorganization would see it significantly de-levering capital structure. Post-emergence, Hornbeck will have access to $100 million of new equity capital through a common stock rights offering, fully-backstopped by existing creditors and the ability to arrange additional post-emergence financings for certain purposes, including strategic initiatives.

The vessel operator, which provides offshore services in the Gulf of Mexico and Latin America, expects the pre-packaged Chapter 11 reorganization to be completed "very quickly" with the support of its creditors.

"Both prior to and subsequent to the expected Chapter 11 filing, the company will have sufficient liquidity to continue operations, meet all operational payment obligations and support its business, and will continue to operate in the ordinary course of business without disruption to its customers, vendors, and workforce," Hornbeck said.

Commenting on the company's plans, Todd M. Hornbeck, Chairman, President, and CEO stated, "The COVID-19 pandemic and the recent drop in oil prices due to an acute global supply-demand imbalance have significantly impacted the industries we serve, making an already challenging environment for the company even more difficult.

"The shared objectives of the company and our creditors are to meaningfully reduce the company's financial leverage on a consensual basis and source new capital to position the Company for future growth. I want to thank our secured lenders and unsecured noteholders for joining together with us on a game plan for an expedited court-supervised financial restructuring process."

"This consensual approach to reorganization and recapitalization is in the best long-term interest of our company, as it will enable us to take advantage of new opportunities while continuing to support our customers, retain our employees and pay our vendors."

Trading of Hornbeck Offshore Services' shares on the New York Stock Exchange was suspended on December 20, 2019, because the Company did not maintain an average global market capitalization of at least $15 million over a consecutive 30-trading-day period, as required by NYSE continued listing standards.

As per the third quarter of 2019, when the company last reported quarterly results, Hornbeck Offshore Services' fleet of owned vessels consisted of 66 new generation OSVs and eight MPSVs.  The company at the time said that its forecasted active fleet for the fiscal year 2020 was expected to be comprised of an average of 32.0 new generation OSVs and 7.0 MPSVs, due to the planned stacking of its vessels.