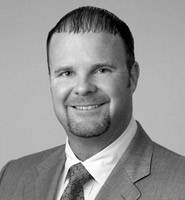 Blank Rome LLP announced that Jay T. Huffman has joined the Firm as an associate in the Maritime, International Trade, and Public Contracts group. He is based in the Firm’s Houston office.
Huffman joins Blank Rome from Royston, Rayzor, Vickery & Williams, L.L.P. He concentrates his practice in maritime and energy-related litigation matters, including state and federal cases involving MARPOL violations, collisions, cargo contamination, Jones Act, OCSLA, and LHWCA defense. He also has experience handling serious marine incident investigations, and matters involving oil and gas law and commercial transactions. Additionally, Huffman will serve as a member of Blank Rome’s Maritime Emergency Response Team (MERT) to respond to pollution-related incidents and vessel casualties at a moment’s notice, and manage the potential civil and criminal consequences involved.
Admitted to practice in Texas, the U.S. Court of Appeals for the Fifth Circuit, and the U.S. District Courts for the Southern, Eastern, and Western Districts of Texas, Huffman earned his J.D. from Baylor Law School and his B.S. from the United States Military Academy. While he was in law school, he was elected to the Order of the Barristers. Prior to law school, Huffman served as a Captain in the United States Army.