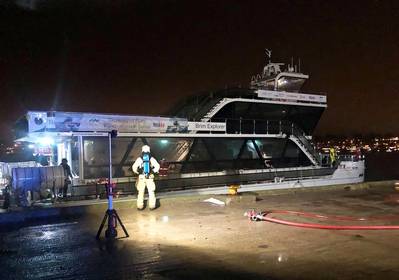 A hybrid-electric tour vessel caught fire off Norway's southern coast on Thursday, and while the flames have been extinguished, local authorities fear the situation could deteriorate in the days ahead.

Authorities said the fire broke out in or near starboard battery compartment and engine room aboard the 24-meter catamaran MS Brim, operated by Brim Explorer, on Thursday afternoon, while the vessel was west of the island Nordre Søster off Fredrikstad in Østfold. There were no passengers on board, and the four crew members operating the vessel at time of the incident were able to debark without injuries.

On Thursday evening, the fire-stricken vessel was towed to a quay on Valløy in Tønsberg, where local firefighters battled smoke and elevated temperatures on board for more than 24 hours.

The fire has been put out and temperatures have stopped rising, but authorities are maintaining a 300-meter safety zone around the vessel for fear that the batteries could potentially explode. The local police is also recommending that that those living nearby close their windows.

Tor-Atle Jakobsen, a Vestfold Intermunicipal Fire Brigade officer, drew a comparison to the hybrid ferry Ytterøyingen, which suffered an explosion many hours after a fire occurred on board off Norway in 2019.

Built in 2019 by Norwegian builder Maritime Partner, Brim is equipped with 790 kWh Corvus ESS capacity, as well as diesel engines.

"The electric motor in the boat is powered by several large battery packs. There is a risk that the gas, which these batteries may develop in the event of overheating, ignites. The fire service can thus not rule out an explosion and will therefore close off the southern part of the peninsula until further notice," local police said in a press release.

"There is no smoke development at the ship now, but the batteries on board have probably been exposed to heat impact and may have produced explosion and flammable gases in closed rooms and shots," Vestfold Intermunicipal Fire Brigade chief, Per Olav Pettersen, said on Friday.

"We will continue to pay attention to the temperature before deciding other measures. The challenge lies in mapping if there are explosive gases in the battery compartment, possibly elsewhere under the deck. Furthermore, we have no control over whether the fire has caused errors in the electrical or emergency power plant, which can, for example, be a potential source of sparkling and thus a danger considering the gas," Pettersen said.

The fire chief said representatives of the shipping company as well as its insurance company and battery supplier have been working alongside authorities to help address the situation. 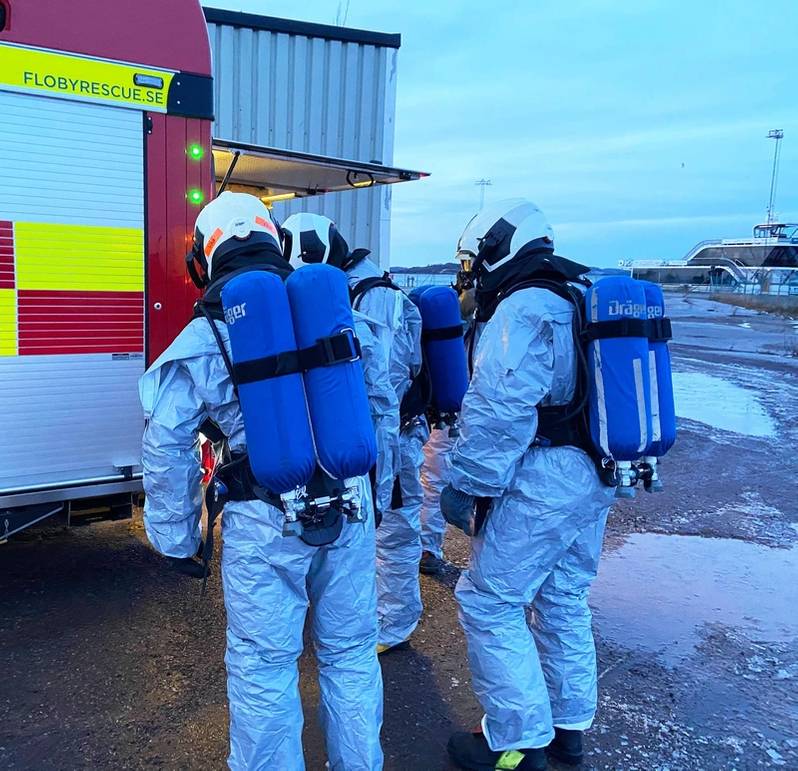