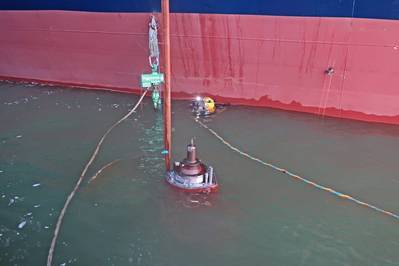 Last month a Hydrex team replaced the bow thruster of a 191-meter roro ship during the vessel’s stop in Rotterdam. Using one of the company’s workboats, the diver/technicians carried out the operation on-site.

The team mobilized to the ship’s location on the workboat loaded with all the needed equipment. After the team set up a monitoring station, the divers started the operation with a detailed inspection of the bow thruster and tunnel. In the meantime, initial preparations were made in the bow thruster engine room for the removal of the unit so that there would be no ingress of water once it was taken out.

The divers first action was to take off the external thruster tunnel grids to provide access for removal of the old unit. Next pad eyes were welded inside the tunnel to hoist the thruster unit up and down.

The next step was to secure the gearbox with hoisting equipment. The team then disconnected the unit from the engine room, removed it from the thruster tunnel and brought it to the surface.

Hydrex carried out the operation in close communication with the OEM involved. They provided a new thruster unit and prepared it for installation on-site.

Because the thruster was fully assembled and prepared, it could be installed in its entirety without the need to create a dry environment in the tunnel as is required when the blades are installed separately. The diver/technicians lowered it into the water and brought it into the thruster tunnel. The team secured the unit and connected it to the engine room.

The operation ended with the removal of the pad eyes and the reinstallation of the thruster tunnel grids.

By performing the operation in Rotterdam on-site and underwater the Hydrex divers made it possible for the owner to keep the vessel out of drydock. The team worked in shifts around the clock. They finished the job within the available time frame. This allowed the ship to sail on schedule, which was a key benefit for the owner. 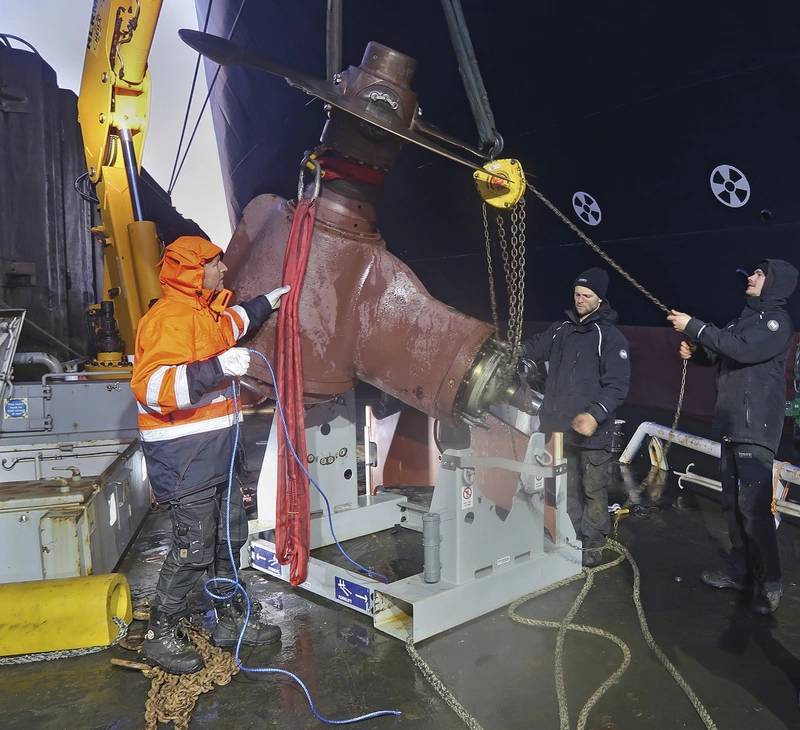