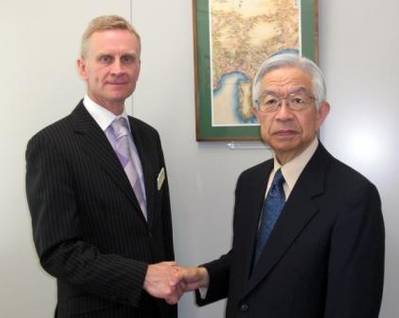 Kelvin Hughes has been chosen by the Japan Hydrographic Association (JHA) as official distributor for all Japanese W Series paper charts, sailing directions and special publications issued by the Japan Coast Guard.

It is a legal requirement that all international commercial ships carry paper charts, many also choose to carry locally produced charts as these are often more specialised and include additional details. As the largest British Admiralty Chart Agent and JHA’s appointed distributor, Kelvin Hughes is able to provide customers with a comprehensive choice of navigational charts and publications covering this important geographical region.

Kelvin Hughes will commence distribution of Japanese charts and publications from its UK head office from 13th April and plan to place additional stocks in its Singapore depot later in the year to benefit its pan Pacific based customers.

Recently Kelvin Hughes has designed and produced the world’s first commercial solid-state marine radar, SharpEye. This product brings military grade performance to the commercial marine marketplace. Kelvin Hughes products are in use in commercial vessels, luxury yachts and cruise liners, including the new Queen Mary 2. They are also in service with over 30 navies around the world, including fittings on every United Kingdom Royal Navy warship.

Kelvin Hughes has its headquarters in Hainault in the East of London, and had subsidiary offices in other parts of the UK, Denmark, The Netherlands, Norway, Singapore, USA and China.