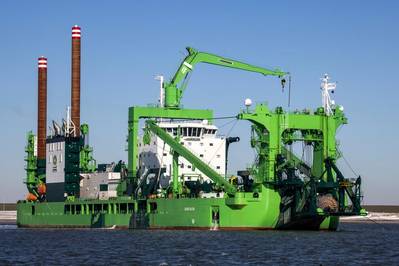 "...a vessel like ‘Spartacus’ has never been seen before in the industry. With a total installed power of 44,180 kW, its production rates and ability to cut hard soil are unrivaled," DEME said.

Annik Penders, the wife of the Prime Minister of Belgium Alexander De Croo, accepted the role of the godmother of the new vessel and smashed a bottle of champagne against the hull at the ceremony.

Luc Vandenbulcke, the CEO of DEME Group, said: "Spartacus was designed with three main priorities at its core: pushing the boundaries of dredging potential, unprecedented autonomy, and minimizing the impact on the environment.

"We are proud to be a technological and sustainable leader in the industry and ‘Spartacus’ embodies this drive and innovative spirit. DEME would like to very much thank Mrs Penders for being the godmother to this exceptional vessel and for joining us in celebrating this milestone.”

According to DEME, ‘Spartacus’ will drive new levels of performance in the dredging industry given its "unbeatable" pumping power and heavy-duty cutter ladder, which means a dredging depth of 45 m can be reached.

"Projects that would not have been feasible before are now possible," DEME said.

The company further said that the ‘Spartacus’ was the first cutter suction dredger in the industry that can be powered by LNG. The vessel also has several additional energy-saving features, such as a waste heat recovery system.

Describing the vessel further, DEME said that the ‘Spartacus’ incorporated other smart innovations to maximize productivity, including an onboard workshop with a vibration-insulated floor, which makes it possible to carry out the maintenance and repair of the cutterheads during operations. 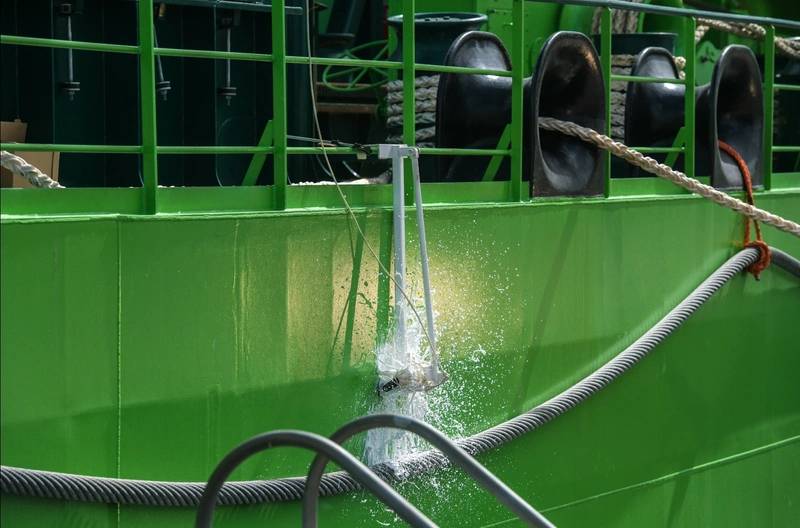 The traditional smashing of the champagne bottle