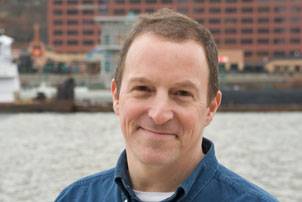 Most commercial mariners and their vessel operating employers probably know that when certain significant vessel-related events occur, these must be reported to the U.S. Coast Guard. In my experience, however, there is widespread uncertainty in the marine industry about what must be reported and, more significantly, when. Many companies learn the hard way about these requirements and end up paying healthy fines — anywhere from several hundred to thousands of dollars — for failing to “immediately,” as the regulations require, report such events. Thus, please consider this a quick refresher on the Coast Guard’s marine casualty reporting requirements.

What to Report, When, How, and to Whom
The Coast Guard’s marine casualty reporting requirements are spelled-out in a federal statute, called the “enabling legislation,” which is then further fleshed-out in U.S. Coast Guard regulations published in the Code of Federal Regulation, or CFRs. 46 CFR § 4.05-1, entitled “Notice of marine casualty,” states, in pertinent part:
“(a) Immediately after the addressing of resultant safety concerns, the owner, agent, master, operator, or person in charge, shall notify the nearest Sector Office, Marine Inspection Office or Coast Guard Group Office whenever a vessel is involved in a marine casualty consisting in —
(1) An unintended grounding, or an unintended strike of (allision with) a bridge;
(2) An intended grounding, or an intended strike of a bridge, that creates a hazard to navigation, the environment, or the safety of a vessel, or that meets any criterion of paragraphs (a) (3) through (8);
(3) A loss of main propulsion, primary steering, or any associated component or control system that reduces the maneuverability of the vessel;
(4) An occurrence materially and adversely affecting the vessel’s seaworthiness or fitness for service or route, including but not limited to fire, flooding, or failure of or damage to fixed fire-extinguishing systems, lifesaving equipment, auxiliary power-generating equipment, or bilge-pumping systems;
(5) A loss of life;
(6) An injury that requires professional medical treatment (treatment beyond first aid) and, if the person is engaged or employed on board a vessel in commercial service, that renders the individual unfit to perform his or her routine duties; or
(7) An occurrence causing property-damage in excess of $25,000, this damage including the cost of labor and material to restore the property to its condition before the occurrence, but not including the cost of salvage, cleaning, gas-freeing, drydocking, or demurrage.
(8) An occurrence involving significant harm to the environment as defined in §4.03–65.”
“Significant harm to the environment” as defined by 46 CFR § 4.03-65 is a lengthy definition, but subsection (a), reproduced below, refers to the “sheen” standard, which is a good rule of thumb. If the spill creates a sheen on the water, report it:
“(a) In the navigable waters of the United States, a discharge of oil as set forth in 40 CFR 110.3 [those that “[v]iolate applicable water quality standards” or “[c]ause a film or sheen upon or discoloration of the surface of the water or adjoining shorelines or cause a sludge or emulsion to be deposited beneath the surface of the water or upon adjoining shorelines.”] or a discharge of hazardous substances in quantities equal to or exceeding, in any 24-hour period, the reportable quantity determined in 40 CFR part 117;”
How does one “immediately” report? Usually, by calling the nearest Coast Guard Sector, Marine Inspection, or Group Office. Although, the regulations provide that if a company immediately sends in a completed Form CG-2692, then this will satisfy both the “immediate” notification requirement and the requirement to submit the more detailed written report, which is due to the Coast Guard within five days of the event.
These how-to-report aspects of the marine casualty reporting regulations appear in 46 CFR § 4.05-5, entitled “Substance of marine casualty notice.” This provision states that “[t]he notice required in §4.05–1 must include the name and official number of the vessel involved, the name of the vessel’s owner or agent, the nature and circumstances of the casualty, the locality in which it occurred, the nature and extent of injury to persons, and the damage to property.”
46 CFR § 4.05-10, entitled “Written report of marine casualty,” provides:
“(a) The owner, agent, master, operator, or person in charge shall, within five days, file a written report of any marine casualty required to be reported under §4.05–1. This written report is in addition to the immediate notice required by §4.05–1. This written report must be delivered to a Coast Guard Sector Office or Marine Inspection Office. It must be provided on Form CG-2692 (Report of Marine Accident, Injury or Death), supplemented as necessary by appended Forms CG-2692A (Barge Addendum) and CG-2692B (Report of Required Chemical Drug and Alcohol Testing Following a Serious Marine Incident).
(b) If filed without delay after the occurrence of the marine casualty, the report required by paragraph (a) of this section suffices as the notice required by §4.05–1(a).”
Form CG-2692 is available on the Coast Guard’s website, http://www.uscg.mil/forms/cg/CG_2692.pdf, and also on many USCG Sector and Group websites.

Civil Penalties
Civil penalties for failure to report or timely report a marine casualty can be harsh. In assessing a civil penalty, the Coast Guard Hearing Officer will consider a variety of factors, including the company’s violation history. 46 U.S. Code § 6103(a), entitled “Penalty,” provides that “An owner, charterer, managing operator, agent, master, or individual in charge of a vessel failing to report a casualty as required under section 6101 of this title or a regulation prescribed under section 6101 or 6102 is liable to the United States Government for a civil penalty of not more than $25,000.” Thus, the Coast Guard reporting requirements have teeth.

Conclusion: If You Wait, You’ll Pay
Vessel operators and their crews get caught by the Coast Guard’s marine casualty reporting regulations in two ways. First, they’re unfamiliar with the laundry list of reportable events and thus fail to report an event they should have. Second, even if they know a reportable event has occurred, they take too long to tell the Coast Guard about it. They’re concerned with what the Coast Guard will do to them, they want to take their time to investigate the situation and then report it, or they hope the Coast Guard will just not find out. You simply must know that the Coast Guard is dead serious about the “immediately reporting” language (“immediately after the addressing of resultant safety concerns ….”) in 46 CFR § 4.05-1. Prudent companies report to the Coast Guard events they clearly must report under the regulations, and those that are even in the ballpark. They like having the reputation with local Coast Guard personnel as credible, up-front, and responsible vessel operators. On the other hand, when Coast Guard personnel find out about reportable events after the fact, and from second or third-hand sources, in my experience they are justifiably irked and suspicious, and a civil penalty typically results.

Fred Goldsmith, formerly general counsel of one of the country’s largest tug operators, is licensed in PA, WV, OH, and TX, and practices admiralty & maritime, railroad, personal injury, motorcycle, insurance coverage, and commercial litigation with Pittsburgh-based Goldsmith & Ogrodowski, LLC (www.golawllc.com). You can reach him at [email protected] or (877) 404-6529.