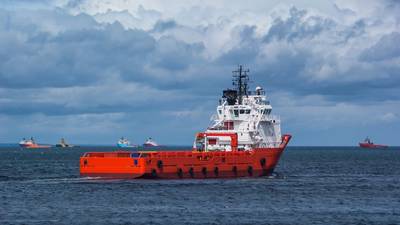 Oily water separators (OWS) have been a common fixture of a ship’s machinery space for many decades. With the amount of experience, research and legislation that has gone into them, it would be easy to think that their use would almost be hassle free. However, going by the amount of OWS violations still being recorded by the International Maritime Organization (IMO) it is evident that many seafarers are still encountering problems while operating them. As concerns about environmental pollution grow, it is likely that the rules governing OWS use will only become stricter. In fact, the industry is already seeing a large amount of 5ppm systems being installed on vessels, even though the international limit is still set at 15ppm. However, it does not seem that technology and design standards are keeping up with these fast-changing developments, instead leaving seafarers to deal with them as best they can.

A new research project aims to determine if poorly designed supporting systems are negatively effecting OWS operation. To help investigate this, a short 10-minute survey has been created, aimed at the people who operate these systems (I.e. seagoing engineers). The survey involves rating the performance of different types of OWS which will then be compared with other technical data given during the survey. Through an analysis of this data, it is hoped that ways of improving OWS system design will be found. The survey is completely anonymous – no personal data is asked for or taken. The survey will be available for approximately four weeks, finishing at the end of April, with the findings to be published by the end of the year.

The research project is being carried out by Gavin Henderson, a master’s student at the University of Tasmania, Australia. Gavin has spent the last eight years working as a marine engineer in the offshore oil and gas sector, and during that time he has encountered many OWS systems that were so badly designed they were almost unusable. In many of these cases, it seemed that the simple addition of a settling tank or some other form of pre-treatment during commissioning would have solved this. Instead, units seem to be installed in the cheapest way possible, with no thought given to their actual operation.

It is hoped that many industry professionals will agree to take the survey, as this will improve the accuracy of the research. This will, in turn, hopefully lead to less workplace stress for the people that use these systems. Whenever we hear about OWS violations, it’s usually the seafarers that are blamed. The survey has the potential to shed light on what the actual issues are.