Update: The article was updated on Wednesday, October 10, to include a statement by the crane manufacturer Liebherr.

Offshore wind installation company Seaway 7 said Monday there had been an incident during the construction of its Alfa Lift offshore wind foundation installation vessel, currently being built in China at China Merchants Heavy Industry (CMHI) shipyard in Jiangsu.

"The incident is a matter between the shipyard and crane vendor, and it is too early to indicate if this will have an impact on the delivery schedule of the vessel," said the company, created recently through a merger between Subsea 7's subsidiary Seaway 7 and Offshore Heavy Transport (OHT). No further details were shared.

OHT, now part of Seaway 7, ordered the Alfa Lift vessel, capable of installing XXL wind turbine foundations, on speculation in 2018, and has since secured contracts to install foundations at the world's largest wind farm - the Dogger Bank in the UK. 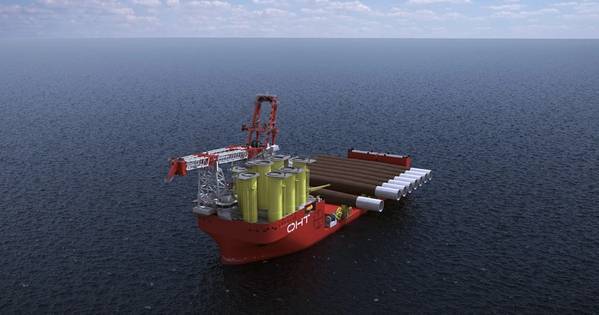 According to available information, the A-frame mentioned by Seaway 7 in the incident report has been supplied by Liebherr. Liebherr is also responsible for the delivery of the HLC 150000 main crane.

Per Liebherr's earlier statements, the HLC 150000 crane is optimized for future wind park installations with a maximum lifting capacity of 3,000 tonnes at 30 meters and 1,000 tonnes at 76 meters outreach, and its foldable A-frame reduces the height of the crane as needed. 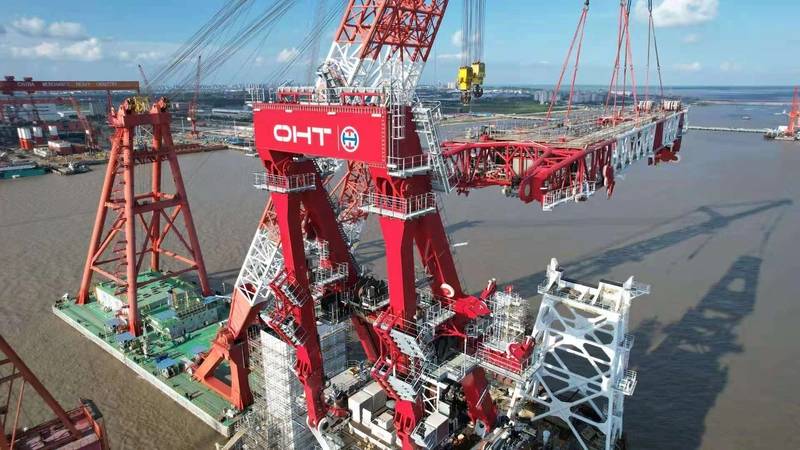 Offshore Engineer has reached out to Liebherr, seeking more info on the circumstances behind the incident.

A Liebherr spokesperson responded Wednesday: "We can confirm that during the installation of an offshore crane at a shipyard in Jiangsu (China) an incident with the crane’s A-frame occurred. Investigations into the exact circumstances and causes of the incident are currently underway. We can confirm that no one was injured. A team of Liebherr engineers is on site. Our colleagues are in close contact with all persons involved and are supporting the investigation."

To remind, back in May 2020, an incident happened at Liebherr's yard in Rostock, Germany, when a giant crane collapsed on Deme Offshore's flagship offshore vessel Orion, during crane load tests.

The incident made the vessel unusable for the planned Moray East offshore wind installation project in the UK, forcing DEME Offshore to deploy the replacement vessel ‘Scylla’ for the offshore jacket installation.