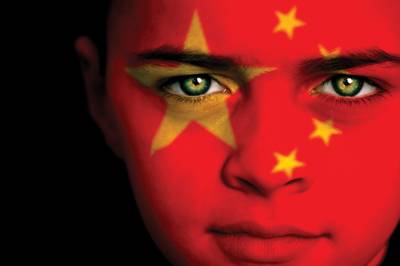 The economic news from China this morning were somewhat comforting but highlights that the economy activity in the world’s largest economy is certainly slowing down, reports BIMCO.
Behind the headline GDP, other economic indicators such as industrial production, electricity consumption, credit growth and real estate investments suggest that things are still settling down at a slower pace going forward, from what have seen in recent years.
All parts of the global shipping industry feels the impact as the Chinese economy changes in growth pace, size and composition. As the economy transforms from one focused on infrastructure and real estate investments as well as heavily depending on its export of manufactured goods, the demand for all sorts of seaborne shipping services changes.
A press release from National Bureau of Statistics of China revealed the following:
The economic development in China is affected by the “complicated conditions at home and abroad”. However, “the general economic performance was moving by steady steps in the new normal with progress made and quality improved”, the press release said.
1. Chinese GDP grew by 7.3% in the third quarter on a year-on-year basis.
2. In the first nine months of 2014, the economy grew by 7.4% as compared to the same period the year before.
3. GDP grew by 7.4% in first quarter and 7.5% in the second quarter respectively, on a year-on-year basis.
4. Industrial production grew by 8.0% in September on a year-on-year basis.
“As the signals from a wider range of indicators tells us to be cautions, today’s news are only somewhat comforting," said Peter Sand, Chief Shipping Analyst at BIMCO. "A ‘new normal’ is about to arrive in China too, with a change to shipping demand as we know it today, likely to follow in the wake."
"The sheer size of the Chinese economy, being the world’s second largest makes 7.3% growth significant.
“The Chinese economy is being transformed by ongoing reforms that all aims at building a stronger domestic demand that will stabilize growth and enhance social cohesion.
New data on key indicators sheds light on present, near-term and future shipping market. This news piece follow up on BIMCO market reports and comments to commercial developments for the three main shipping segments.
https://www.bimco.org/Reports/Market_Analysis/2014.aspx