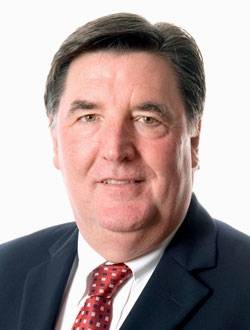 In welcoming Bethel to his role, the Society’s Chairman, Peter French said “I am delighted Archie has agreed to be our President.  We are fortunate that he already knows the Society well, having served on the Board since 2007."

Bethel joined Babcock in January 2004 and was appointed Chief Executive of Marine on its formation in mid June 2007.  Babcock is a Naval Warship and Submarine engineering business and employs over 9,000 people at locations around the UK including Devonport, Clyde (Faslane), Rosyth and Bristol.  The company also provides engineering support services to the navies of Canada and Australia.  Archie is a Chartered Mechanical Engineer and a graduate of the University of Strathclyde (BSc, MBA, DSc).  He is a Fellow of the Royal Academy of Engineering (FREng), a Fellow of the Royal Society of Edinburgh (FRSE) and a Vice President of the Institution of Mechanical Engineers.