Infrastructure Update: An Earmark By Any Other Name 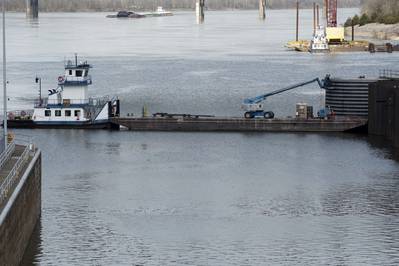 After years of much talk but little action, major infrastructure funding from Congress now looks like it might actually happen. This in turn has prompted a restoration of the availability of earmarks, which had been, until about a decade ago, part and parcel of the congressional funding process. Within our nation’s inland waterways industry, hopes have been high that the rejuvenation of our country’s transportation infrastructure will include our inland waterborne commerce, and that, if necessary, our elected representatives will help to meet the specific needs of that commerce with direct funding from Congress, that is, through earmarks.

A good working definition of an earmark is the following, as paraphrased from a recent report of the Congressional Research Service: any congressionally directed spending or other benefit that would benefit a specific entity or a specific state, locality, or congressional district other than through a statutory or administrative formula or a competitive award process. (CRS Report R45429, Lifting the Earmark Moratorium: Frequently Asked Questions, by Megan S. Lynch, updated December 3, 2020).

Although earmarks have always had both advocates and critics, many readers will recall that matters came to a head in 2005 with a bridge that was proposed to be built to connect the town of Ketchikan, Alaska, with Gravina Island, which became known as the “Bridge to Nowhere.” Certain members of the Alaska congressional delegation had requested that a large amount of federal funds be earmarked for this project. Without rehashing the details of what happened then, and without knowing how the good people of Gravina Island felt about their island being referred to as “Nowhere,” suffice it to say that the project provoked enough political opposition that the earmark for the bridge was dropped.

But the event also cast the very use of earmarks in such a negative light that, not long afterwards, both the House and the Senate codified earmark disclosure requirements into the rules of their respective chambers, with the stated intention of bringing more transparency to the earmarking process. Note that these rules did not prohibit earmarks, or even restrict them, but only required certain disclosures for earmarks if they are included either in the text of a bill or in the committee report that accompanies it or in the conference report and the joint explanatory statement.

This approach is analogous to that of our federal laws governing the offering of securities to the public, namely, that the best protection against abuse is simply full disclosure. For publicly offered securities, the underlying premise is essentially that investors can be protected from making unwise investments if they are given all of the facts necessary to make a fully informed decision. For earmarks, the disclosure requirements appear designed to deter legislators from requesting earmarks that would be politically damaging to them by making those requests public.

The House rules generally require that any proposed authorizing, appropriations, and tax legislation be accompanied by a list of congressional earmarks that are included in the bill or in its committee report, or by a statement that neither the bill nor the report contains any earmarks. The Senate rules require that a complete list of the earmarks that are included in proposed authorizing, appropriations, and tax legislation, together with the names of every Senator requesting the earmarks, be available on a publicly accessible website in a searchable format at least 48 hours before a vote on the bill or conference report.

The rules of both the House and the Senate require that a Member of Congress requesting an earmark provide to the chair and ranking minority member of the committee of jurisdiction a statement that includes: (i) the Member’s name, (ii) identification of who is intended, or reasonably expected, to benefit from the earmark, or the location of the favored activity if there is no specific recipient, (iii) the purpose of the earmark, (iv) a certification that neither the Member nor the Member’s spouse (extended to the immediate family in the Senate rules) has any financial interest in the earmark.

Apparently finding that disclosure requirements alone did not go far enough to satisfy their constituents, both the House and the Senate in the 112th Congress (2011-2012) imposed on themselves what has been referred to as an “earmark moratorium” or “earmark ban.” But the moratorium was established only by party rules and committee protocols and has been enforced by the leadership of each chamber and their respective committees through their agenda-setting power. No changes were made to the rules of either chamber, so the disclosure rules remain intact. 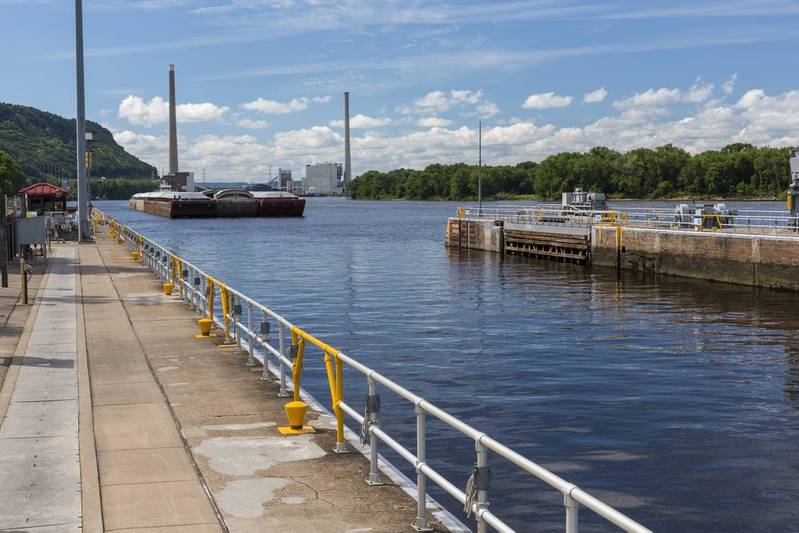 For the inland waterways industry, the moratorium on earmarks raised some concerns since many projects of the U.S. Army Corps of Engineers (USACE) that are important to the infrastructure of our country’s inland marine transportation are, by their very nature, geographically specific—notably the major rehabilitation and construction of locks and dams on the nation’s rivers, and the maintenance and dredging of inland ports. To address these concerns at least in part, the congressional committees primarily responsible for authorizing the civil works of USACE, namely, the House Committee on Transportation and Infrastructure and the Senate Committee on Environment and Public Works, have used Reports of the Chief of Engineers (often called “Chief’s Reports”) as the basis for new construction authorizations. The Water Resources Development Act of 2020, for example, authorized the construction of all 46 of the Chief’s Reports that had been studied and transmitted to Congress since the enactment of the previous Water Resources Development Act of 2018 (enacted as Title I of the America’s Water Infrastructure Act).

Fast forward to today and the political winds have now apparently shifted, since both houses of Congress have recently lifted their self-imposed moratorium on earmarks, but at the same time have included new requirements that are apparently intended to help restore the public’s trust in the process. And just to be safe, each chamber has carefully avoided using the term “earmarks” in doing so.

On February 26, 2021, the House Appropriations Committee Chair Rosa DeLauro (D-Ct.) announced that the House will accept Member requests for “Community Project Funding” in appropriations bills for the upcoming fiscal year that begins October 1, 2021. In addition to adhering to the existing House disclosure rules described above, each Member must post a Community Project Funding request online simultaneously with submitting it to the Committee, and the Committee will release a list of projects funded the same day as the Subcommittee markup (or 24 hours before full Committee consideration if there is no Subcommittee markup). Requesting Members must certify that they, their spouse, and their immediate family have no financial interest in the projects they request, making them now consistent with the existing Senate disclosure rules.

Funding may not be requested by Members for for-profit grantees, but only for state or local government grantees and non-profits. The total amount of Community Project Funding will be limited to no more than one percent of discretionary spending. Each Member may submit no more than 10 requests, and each request must be accompanied by evidence of community support that were “compelling” factors in the Member’s decision to select the requested project.

Two months later the Senate followed suit. On April 26, 2021, the Senate Appropriations Committee Chairman Patrick Leahy (D-Vt.) announced that the Committee will accept requests for “congressionally directed funding” for appropriations bills for the upcoming fiscal year. Such requests in the Senate will be subject to the existing Senate rules on disclosure, and the requesting Senator must also post the request online. The Senate has likewise imposed a cap of one percent of discretionary spending on the total amount of “congressionally directed funding” and has likewise banned for-profit grantees. However, Senator Leahy’s announcement did not follow the House in including a limit on how many requests each Senator may submit, or in including a requirement to show community support. Both the House and the Senate will require the Government Accountability Office to audit a sample of the granted requests and to report its findings to Congress.

The U.S. inland waterways industry is eagerly—or perhaps more accurately, anxiously—waiting to see how it fares in the infrastructure funding package that is hoped for from this Congress. If our country’s inland waterborne commerce does not fare as well as it believes it should in that comprehensive package, then the restored availability of earmarks—by whatever name they might now be known, and even with their new restrictions—will hopefully help to meet needs that otherwise would have been left unmet.