Endurance's hull was built in Poland, and the remainder of the vessel was constructed by Ulstein in Norway. The state-of-the-art ship was floated out in December, put through its paces during sea trials in February, and was due to begin sailing the Arctic this month, but its maiden voyage plans have been postponed due to the coronavirus pandemic.

The 126-guest ship has been designed by Ulstein Design & Solutions AS as the ultimate expedition platform. With the PC5 ice class, the vessel can access deep into polar regions. The ship’s expanded fuel and water tanks provide for extended operations in remote areas; while the zero-speed stabilizers contribute to increased comfort at zero speed when stopped for wildlife observation or embarking/disembarking the ship.

A core feature is ULSTEIN’s signature X-BOW, a distinctive bow that provides fuel efficiency and gives a smoother ride with softer motions in head seas. The X-BOW design feature has been proven on more than 100 offshore vessels, operating in rough conditions. 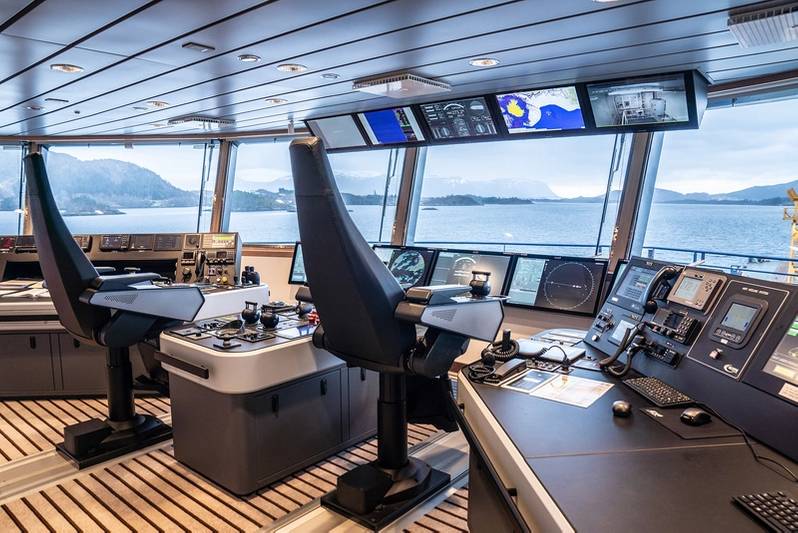 The huge, open bridge has enough room for all the passengers. This is a very welcoming place for the guests who can come there to watch the navigation and see where the vessel is going. From here, they can go right out on deck and take photographs.

The Endurance has a very different kind of bow. Being on a ship with a traditional bow passengers would have to lean over the side of the ship and look backwards down towards the waterline. On this vessel, due to the X-BOW, passengers will be able to look straight down into the water. The ship also has plenty of places in the forward part where the passengers can look right down to the waterline in front and observe the ship plough through the water. 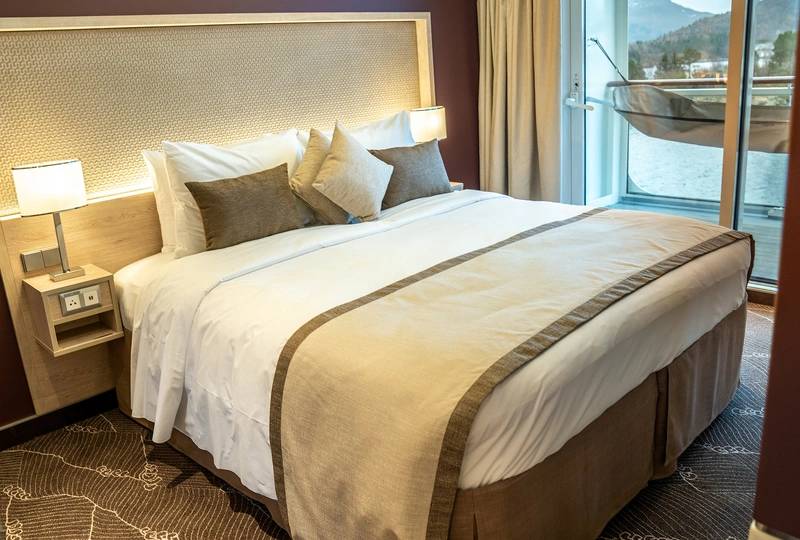 The ship has been designed to connect the passengers to the outside environment from anywhere on the ship. The cabin measurements range from 13-square-meter solo cabins to the 40-square-meter suites. Seventy-seven percent of the cabins feature balconies with floor-to-ceiling sliding doors to let in the spectacular surroundings and Arctic light.

Glass is also an important part of the design around the public areas. The main restaurant, Restaurant 270º, is named for its panoramic views, with floor-to ceiling windows. There is also an outdoor barbeque and bistro area.

The spa and fitness area include a yoga room, treatment rooms, saunas, a fitness room, a relaxation area, as well as the infinity hot tubs and the spectacular glass igloos with seatings on daybeds covered in reindeer fur. The yoga studio offers great views out the aft side of the vessel. 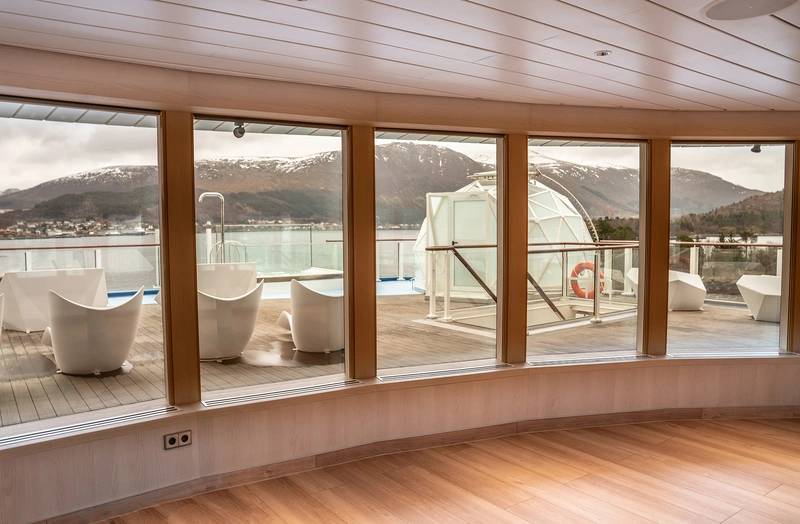 There are multiple observation decks and also observation wings for the passengers to get views from an angle outside the ship’s side.

Getting off the vessel, there are various options to explore, even underwater. The ship carries its own remotely operated vehicle (ROV) capable of reaching 305 meters below water. There are 14 expedition crafts for landing in otherwise inaccessible places, a high number of crafts to reduce waiting time. For other adventures, the vessel holds a variety of gear and equipment, including kayaks, paddling boards, snorkelling gear and wetsuits, cross-country skis to name a few.

In October the keel was laid for second vessel, National Geographic Resolution, scheduled to be delivered in 2021. 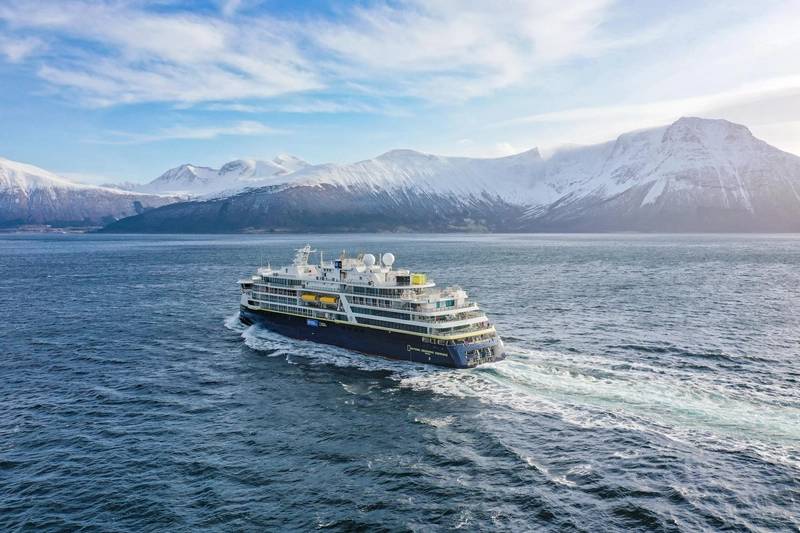