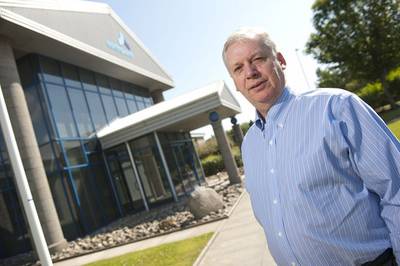 Intertek has secured more than £5 million of new contracts for oil and gas technical inspection, training and staffing in the last six months through its North Sea Moody businesses.

Intertek acquired Moody International last year in a £450 million deal. The company is currently investing £15 million in new Aberdeen headquarters in Scotland for its energy services, and the Intertek Moody teams are among the first to move to the new premises.

The new center on the Energy Park in Bridge of Don is currently being renovated, and 160 staff expected to be based there by June.

The Intertek Moody contracts include training, systems certification, technical inspection and staffing services for oil and gas operators and service companies operating in the North Sea and abroad.

More than £4 million of contracts have been secured in the West of Shetland, Norway and the UK. The team is providing technical inspection, expediting and staffing services during pre-procurement auditing, on-site testing and compliance and offshore operational support in mobilization of temporary equipment.

A further £1 million of contracts have been secured in 2012 through consulting and training services, including two major contracts in Russia and a worldwide contract in safety leadership and culture change being delivered on ships in Europe, the U.S. and Asia.
“Following the high-profile acquisition of Moody International last year and successful integration, it is tremendous to see this success in securing international contracts and the growing demand for technical inspection, training and staffing services from the energy industry,” said Raymond Pirie, Vice President for Intertek’s global upstream business. “We are creating a center of excellence in Aberdeen and expect further growth in Intertek’s energy services in 2012.”