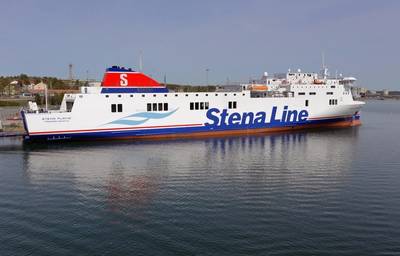 Subject to final approval at next June’s MEPC meeting, by 2023 existing ships must achieve new pre-defined energy efficiency values in an initial step toward the 2030 target of a 40% improvement compared with 2008 values, or lose their license to operate.

Interferry’s survey aims to reconcile the diversity of ferry operations within sector-specific adaptations to the regulatory instrument, the Energy Efficiency Existing Ships Index (EEXI).  In this regard, one of Interferry’s main objectives is that true CO2 reductions through historic and future measures carried out by ferry operators are fully credited in the regulation.

Interferry regulatory affairs director, Johan Roos, said, “IMO regulations are generally based on the conditions governing deepsea shipping that are not always appropriate in the smaller shortsea segment. The main EEXI compliance option is power limitation. Oceangoing ships can typically limit their installed power and moderately reduce speed to meet the required ‘average performance’ within a shipping sector. In contrast, the multi-various nature of passenger and cargo ferry services demands operational flexibility and there is no obvious technical solution to ensure regulatory compliance.”

Before launching its survey, Interferry carried out a sample review of 125 ro-ro cargo ships and 110 ro-pax vessels in the fleet which found that many existing ferries could not comply to the EEXI as currently proposed, not because they are inefficient, but due to the framing of the standards.

Looking further ahead, the IMO emissions reduction proposals also include operational measures to be introduced from 2026 under the so-called Carbon Intensity Indicator, which would monitor annual improvements on an individual ship basis by comparing fuel consumption and distance sailed with an agreed base year.

Through its IMO consultative status, Interferry will be supporting this continuous improvement approach as a meaningful complement to the one-off EEXI certification—allowing solutions such as alternative fuels, shore power, better operational practices and future technological advances—but likewise stresses the need to adapt any deepsea-based measures to be feasible for ferries, the trade group said.

“Between now and MEPC76 next June, a lot of work needs to be done working out the details both for the frameworks and for any necessary sector adaptations,” Roos said. “For Interferry members, it is critically important that we collect as much relevant fleet data as possible to ensure that the EEXI is implemented in a fair and reasonable manner.

“Our data survey is pulling in some much-needed thinking power from the membership in the first round of this work and will be concluded before Christmas so that we can provide initial input to the IMO to set the scene for the upcoming discussions.”

A new BMT design 140-ft. catamaran passenger ferry has  reportedly passed its sea trial and is due to enter the Kitsap Transit…