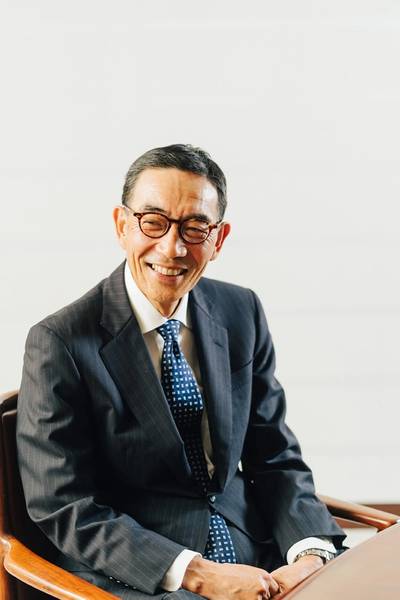 “Decarbonization will change the structure of seaborne trade, ships’ specification and design, ships’ operation, and the economic mechanism of maritime transportation. It will profoundly affect all stakeholders involved in the shipping business. Hiroaki Sakashita, CEO, ClassNK

While the maritime industry faces a long ‘to do’ list for the coming three decades, Hiroaki Sakashita, CEO, ClassNK, sees decarbonization as the definitive trend that will most dramatically impact the design, construction and life-cycle operation of ships.

Hiroaki Sakashita, CEO, ClassNK, is definitive when asked to discuss the biggest challenge facing shipowners today. “Decarbonization will change the structure of seaborne trade, ships’ specification and design, ships’ operation, and the economic mechanism of maritime transportation. It will profoundly affect all stakeholders involved in the shipping business.”

Like his colleagues across the maritime world, Sakashita views collaboration as the key to solving some of the maritime industry’s most vexing problems, which has been the driver for ClassNK to triple its involvement in cutting edge Research and Development partnership projects in the last five year, both with leading maritime equipment makers, shipbuilders and owners in Japan, as well as around the world. “We are working on a wide range of advanced projects, not only hydrogen, ammonia, bio, and other transition or alternative fuels, but also wind power propulsion, CO2 capture and storage, and ships engaging in hydrogen or CO2 transportation.”

“I’m expecting to join more and more pioneering initiatives, especially for decarbonization,” as ClassNK, its clients and its partners traverse the “maze” of options and future solutions, with ClassNK helping to move initiatives forward and “providing the industry with findings so that industry stakeholders can find and establish appropriate solutions as quickly as possible.”

As with the pace of change in technology, Sakashita expects the pace of change in decarbonization to increase, too, in the coming years.
No business discussion, still today, cannot be had without looking through the lens of COVID, and Sakashita admits that despite all of the logistical problems the pandemic has caused, the situation with seafarers unable to effectively enact crew changes has had, and will have, the biggest impact. “The world’s shipping trade has maintained its function to support people’s life and society during the COVID-19 pandemic,” said Sakashita.

“When the pandemic is over, the most important thing should be the normalization of crew changes. Today, seafarers underpinning seaborne trade are forced to live and work in unreasonable conditions. This should not be overlooked and allowed.” ClassNK, like all throughout the industry, have been challenged in terms of travel and delivering services in-person as was the norm prior to 2020. “The continuity of service has been the biggest challenge for us during this very serious pandemic,” said Sakashita. “But in spite of various restrictions, ClassNK has been able to provide services to support seaborne trade, and I’m proud of the effort and dedication of our team. Digital technologies such as remote survey and electronic documentation certification, which we have been preparing before COVID-19, have worked well and its use has progressed faster than I expected.” 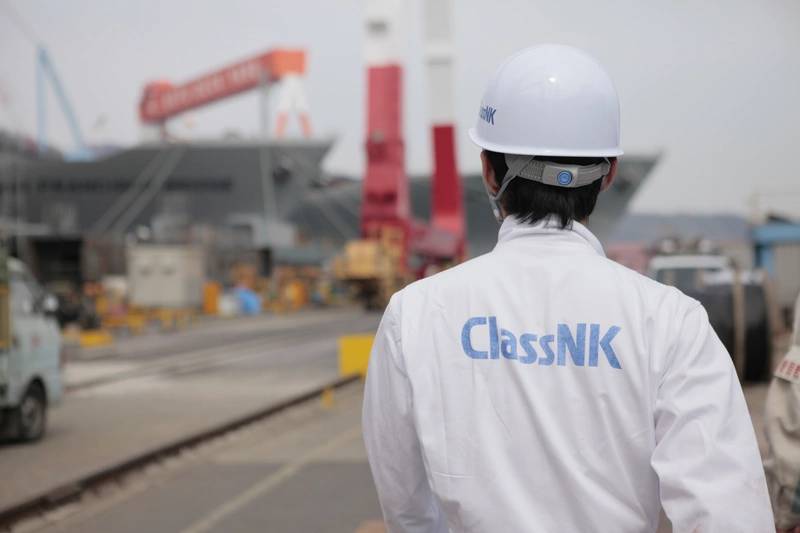 Following is a snapshot of some recent ClassNK initiatives:

▀▄  Data: ClassNK released its “Data Quality Guidelines” for facilitating processes of collecting and utilizing shipboard data among various stakeholders. The guidelines outline points to note for ensuring high data quality in accordance with the related international standards. The guidelines are available to download free of charge via ClassNK’s website.

▀▄ CO2 Recovery on Ships: Mitsubishi Shipbuilding, “K” Line and ClassNK have teamed to conduct test operations and measurements for a small-scale demonstration plant of the “Marine-based CO2 Capture System.” The equipment was installed on the Corona Utility, a coal carrier for Tohoku Electric Power Co., Inc. operated by “K” Line. The project is being conducted with support from the Maritime Bureau of Japan’s Ministry of Land, Infrastructure, Transport and Tourism (MLIT), and the demonstration involves converting the design of an existing CO2 capture system for onshore power plants to a marine environment. Dubbed “Carbon Capture on the Ocean” (CC-Ocean), it is intended to achieve CO2 capture at sea, a world first.

▀▄ Future Fuels: ClassNK is involved in a wide scope of projects to investigate the feasibility of future fuels. Recently Japan-based Itochu Corporation formed a joint study framework of 23 companies and organizations with the objective of collaboratively discussing common issues in pursuit of the utilization of ammonia as an alternative marine fuel. ClassNK recently issued an approval in principle (AIP) to Eco Marine Power for the development of a renewable energy system for ships, Aquarius Marine Renewable Energy with EnergySail, which uses a combination of renewable energy, including wind and solar, obtained by a rigid sails and solar panels deployed on deck.  ClassNK also issued AIP to Kawasaki Heavy Industries, Ltd. (KHI) for the design of a cargo containment system (CCS) of the world’s largest capacity (40,000 cu. m. class per tank) developed for use on a large liquefied hydrogen carrier. The CCS will be designed to enable transportation of cryogenic liquefied hydrogen in large amounts, thanks to tank capacity on par with tanks used on large liquefied natural gas (LNG) carriers. In addition it is designed to use BOG as fuel to power the ship, thus contributing to reduced CO2 emissions from liquefied hydrogen transport operations.