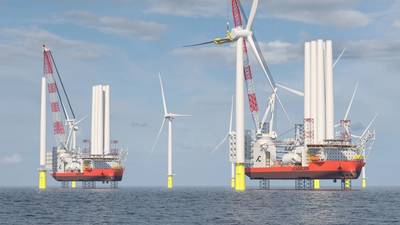 Cadeler CEO Mikkel Gleerup shares insights on the path ahead for his company in the fast-growing offshore wind sector, with details on Cadeler’s new X-Class Wind Turbine Installation Vessels.

We rebranded from Swire Blue Ocean to Cadeler end of 2020 to demonstrate that this was a separation from Swire. Swire is still an integral part of us, but it was to create a standalone company with own structure, culture and goals. In terms of the going to the public market (IPO), offshore wind is growing very fast and it's also capital-intensive. We believed that going public was the best path.

e were on that path to ordering new vessels, and we had interacted with Siemens and other clients early on to gauge their interest and to get technical input; to ensure that what we were building what was needed. (Through these discussions plus information released during the IPO) they knew that we had been working towards this goal for a long time; they saw the path and they liked what they saw. The X-Class series has significant benefits because of the enhanced loading, carriage and installation capability, which allows you to severely reduce the number of transits. [Note: In the transport of 15MW turbines, Cadeler’s existing O-Class vessels could transit with three turbines, whereas the new X-Class vessels will be able to transit with seven (7) turbines.] 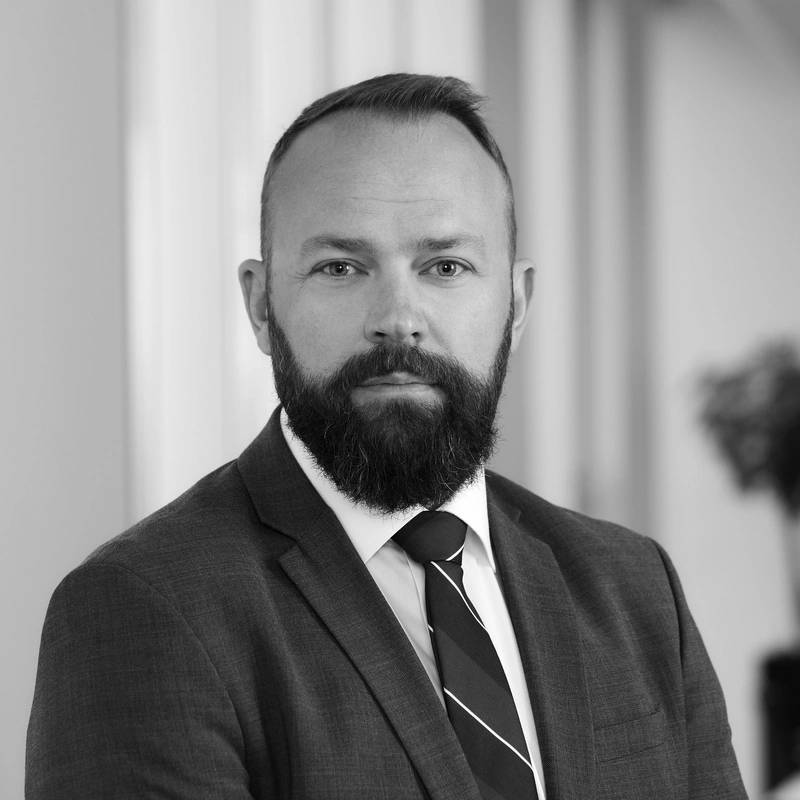 The X-Class is special because it will be more capable, for example the X-Class can load more than 70% more cargo. The cranes are much bigger, the overturning moment, which is really the number that we're looking at from an operational point of view, is significantly larger. Mikkel Gleerup, CEO, Cadeler / Photo courtesy Cadeler

They are special because they are purpose-built. We designed them towards the turbine installation market and I think that we had seen both the benefits and the downsides of having too much multi-functionality in a ship design.

When we talked to our clients about the design, it was a conversation with management, with engineering, and also a discussion with many different parts of their organizations, from the people coming onboard, doing the actual work, to the onshore teams that plan the projects.
The X-Class is special because it will be more capable, for example the X-Class can load more than 70% more cargo. The cranes are much bigger, the overturning moment, which is really the number that we're looking at from an operational point of view, is significantly larger.

Our final design includes an upgraded jacking system and main crane. This is to better cater for the wind turbines of tomorrow taking into account the latest input provided from clients and partners.

[NOTE: In December 2021 Cadeler signed a contract with Huisman to design and build two >2,000 t Leg Encircling Cranes (LEC) for the two Cadeler X-class vessels scheduled to be ready by end of 2024 and beginning of 2025. These LEC cranes will have a 155 m long boom and with a reach of 180 m above deck.  In addition, the boom has the option to be upgraded from 155m to 175 m, so that lifting height can be increased to 200 m, helping to ‘future safe’ the new X-class vessels as turbine size and weight grows.]

With Osprey we worked on Triton Knoll, where we  helped installing ninety (90), 9.5MW Vestas turbines. Orca was on Hornsea, where we have been installing foundations on the Ørsted project Hornsea 2. This is a massive project with approximately 165 foundations going into the water.

I've worked in offshore wind for more than 15 years, and we don't have to go too many years back where we thought that a 6MW turbine was a huge turbine. Today we are at a point where I think that most believe that they will at least become bigger than 20MW. With that, there is a strong push for bigger machines to support these bigger turbines and bigger projects. Stand-out projects not too long ago were 300 to 500MW range. Now everything is around the gigawatt size and upwards. So it is really growing very fast, not only on equipment size, but also on project size, which obviously also drives the need for bigger, more capable and more efficient vessels.

Efficiencies are really important with these bigger projects (to expedite the installation process and the time to produce first energy and revenue), particularly as the projects move further offshore, and also with the global expansion, as we see that the U.S. and Asia is growing very fast.

There, rightfully so, is much focus on the vessels, their efficiencies, with projections of how many in each class that we’ll need. But I think it's also important to focus on people. It's not enough to invest in steel. You need to have some soft skills as well in order to be a success in this industry.   So I think that if we have that right communication with the developers and the clients, then I think we will be able to continue to make this industry a success. But it has to be in a prudent way, and we have to do it sustainably. 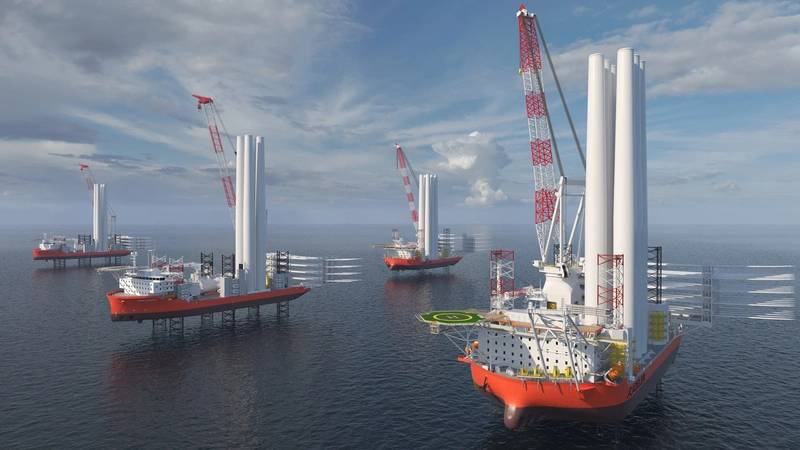