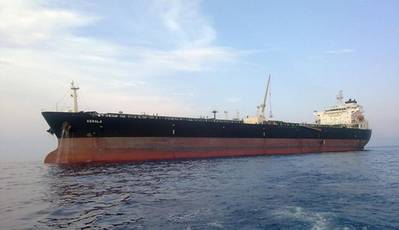 Liberia continues its active investigation of the hijacking of the Liberian-flagged product tanker, Kerala, (IMO No.: 9390927), at Luanda, Angola on January 18, 2014, and although the investigation is still ongoing, the evidence gathered thus far by the INTERPOL Incident Response Team has allowed the Liberian Registry to conclude that the vessel was hijacked by pirates.

Liberia, in cooperation with the vessel owners, requested the attendance in Tema, Ghana, of an INTERPOL-led multinational Incident Response Team. These authorities, supported and helped by the Ghanaian authorities, undertook a crime scene investigation on board the vessel. A representative of the Liberian Flag Administration also attended onboard in Tema to observe the collection of forensic evidence by the authorities. All parties were given full access to the vessel's documents, officers and crew.

It was reported that pirates disabled the vessel’s AIS and other communication equipment so that the vessel could not be tracked from shore or satellite during the hijacking. During this period, the pirates painted over the identifying features of the vessel, including funnel, name and IMO number and undertook three separate ship-to-ship transfers of cargo amounting to the theft of approximately 12,271.5mt of cargo.

The owners of the Kerala regained contact with the vessel on January 26, 2014, shortly after the pirates had disembarked. The vessel immediately set a course for the safety of the port of Tema, Ghana, as a port of refuge.

All crew members received immediate medical treatment on arrival at Tema. During the hijacking, one crew member was stabbed by the pirates and others were beaten.

Liberia said it will continue working with the authorities in Ghana, Nigeria and Angola and elsewhere in the region to bring to justice the perpetrators of this crime to justice.