Iran Says It Detained a UAE Ship and Its Crew 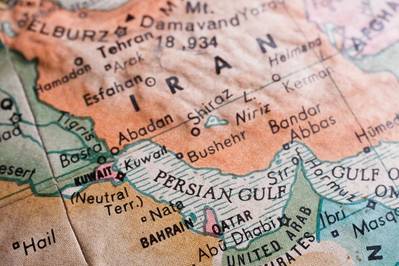 Tensions have risen between the two countries, which face each other across the Gulf, since last week's agreement between the Gulf state and Tehran's arch-foe Israel to normalize ties.

Iranian state television quoted a ministry statement as saying that the Emirati ship was seized by Iran's coastguards and its crew were detained due to illegal traffic in Iranian waters.

It added that on the same day, UAE guards shot dead two Iranian fishermen and seized a boat. It said the UAE has apologized for the incident.

The UAE Foreign Ministry declined to comment when contacted by Reuters.

The Iranian statement said Iran summoned the UAE charge d'affaires in Tehran after the incident to demand the release of the detained boat and the fishermen.

"As a result of Iran's efforts, the UAE authorities ... in a note on Wednesday, expressed their deep regret over the incident and announced their readiness to compensate for all the damage caused," it said.

The Iranian boat and its crew have been released, the statement said, while the legal process of transferring the bodies of the dead is underway.

UAE state news agency WAM reported on Monday that the state's coastguards had tried to stop eight fishing boats which violated its territorial waters northwest of Sir Bu Nu'Ayr island. It did not mention any casualties or seizures of a boat.

Although incidents regarding fishing boats are frequent between Iran and its Gulf Arab neighbors, Iran warned of any aggression against its interests and citizens", saying in the statement, "Tehran will take all necessary measures to protect its vessels and citizens in the Persian Gulf".

US, Guyana to Launch Joint Maritime Patrols Near Venezuela