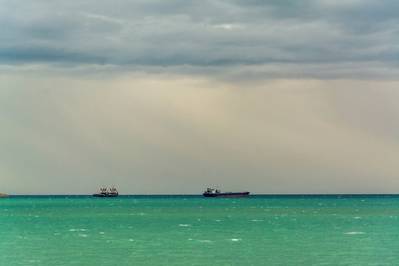 Iran, which has some of the world’s cheapest fuel prices due to heavy state subsidies and the fall of its currency, has been fighting rampant fuel smuggling by land to neighboring states and by sea to Gulf Arab states. It has frequently seized boats it says are being used for smuggling oil in the Gulf.

The ship's seven crew have been detained, IRNA said, citing a Guards spokesman, Gholamhossein Hosseini. A Guards official told state TV that the crew consisted of Iranians and foreigners, without giving details.

Last week the Guards seized a foreign vessel carrying 220,000 liters of smuggled fuel in the Gulf and detained its crew of 11, Iranian media reported.

(Reporting by Yomna Ehab in Cairo and Dubai newsroom; editing by John Stonestreet and Gareth Jones)