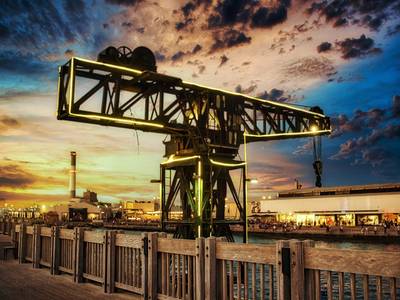 TEL AVIV - Israel's largest seaport in the southern city of Ashdod is fully operational, with containers being unloaded at a similar pace to a year ago despite the global outbreak of coronavirus, the port's chairwoman said.

Some 97% of cargo to Israel, by weight, arrives by ship and the government has assured the country there will be no shortages of essential products.

There are currently 25 ships at the port and since the start of 2020 some 200,000 containers have been unloaded, Orna Hozman Bechor told Reuters.

"The pace is completely normal," she said.

Only a handful of workers have had to self-quarantine because of possible exposure to the virus and this has not impacted the pace of work.

Although the government has ordered people to stay home, forcing many businesses to cut staff or shut down, the ports are considered a vital service. Even if the government enforces a complete lockdown, as Prime Minister Benjamin Netanyahu has warned may be necessary, the ports will remain open.

"We are working according to Health Ministry restrictions with masks, overalls and maintaining distance one from another," Hozman Bechor said.

In the event a large number of employees are unable to work due to a worsening of the outbreak, Hozman Bechor said there is a back-up plan but she declined to provide details.