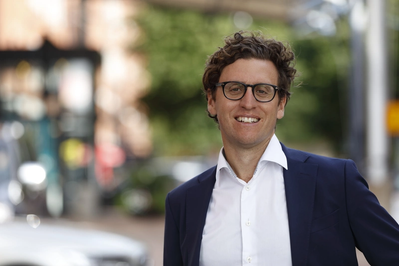 The developer of the barnacle-repelling antifouling ingredient Selektope have become members of the non-profit organization Clean Shipping Index (CSI).

Through its membership, I-Tech AB will encourage environmentally responsible decisions around antifouling coating procurement to users of CSI’s holistic labeling system which ranks the environmental performance of ships. I-Tech will seek to promote the benefits of choosing less environmentally impactful antifoulings and educate CSI users on the impact of coating types, such as those containing Selektope, on the ranking of ships under the labeling system.

CSI-ranked vessels are eligible for reduced fairway dues from the Swedish Maritime Administration (SMA) and reduced port fees at the ports of Brofjorden, PetroPort, Gothenburg, Vancouver, Prince Rupert and Gävle. The discount available is dictated by a ship’s CSI ranking. The cleaner the ship, the greater the financial incentive which creates a win-win situation for both the environment and business. For cargo owners and forwarders, the ranking system can also be used to select more sustainable shipping options.

As part of the CSI ranking process, a 25-part questionnaire covering the parameters of SOx, NOx, CO2, chemicals, water & waste and particulate matter is completed for each vessel. Ship owners must declare what type of coating is in situ on their vessel and points are allocated according to the environmental impact, with less environmentally impactful coatings receiving a greater number of points. The number of points received overall from declarations made on the questionnaire determine the vessel ranking and discounts available.

I-Tech’s unique antifouling technology Selektope is an organic, non-metal compound that, when added to marine coatings, works to prevent barnacle fouling by temporarily activating the swimming behavior of barnacle cyprid larvae, making it impossible for them to settle on a ship’s hull. Selektope is effective at extremely low concentrations, reducing the biocidal loading in the coating and resulting in ultra-low leaching into the marine environment. It also offers paint manufacturers the flexibility to boost copper-based paint formulations, either as a means of reducing the amount of copper required or replacing copper completely.