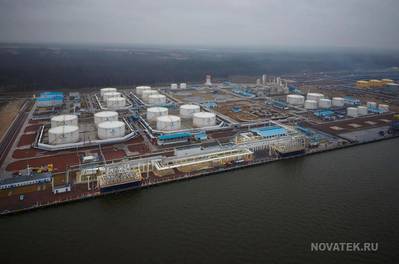 The three companies will implement projects for construction of a marine LNG transshipment complexes in Kamchatka Territory and Murmansk Region, including possible acquisition of participation interest in projects and potential financing of projects.

“We have already started successful cooperation with Japanese companies in large LNG projects, including Yamal LNG and Arctic LNG 2, and, accordingly, we see great potential in expanding further this mutually beneficial cooperation,” noted Leonid Mikhelson, Novatek’s Chairman of the Management Board.

“The construction of the Kamchatka and Murmansk transshipment complexes will help to optimize logistics and maximize the efficiency of LNG deliveries from Yamal and Gydan to LNG key markets of the Asia-Pacific region, including Japan, the largest global LNG consumer. We think we will reach final arrangements for these projects by year end” Leonid added.

Novatek had earlier signed the heads of agreement with Russian shipper Sovcomflot to co-build and operate Arctic ice-class tankers for transporting LNG from Novatek projects, including the Arctic LNG 2.

PAO Novatek is the largest independent natural gas producer in Russia, and in 2017, entered the global LNG market by successfully launching the Yamal LNG project.