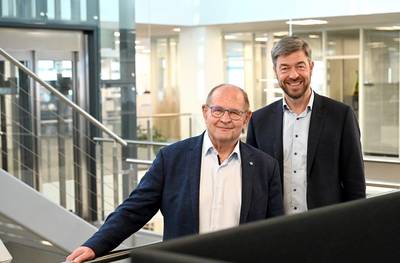 Jørgen Wisborg has been named chairman at Danish-headquartered transport and logistics group Blue Water, taking over from the company's founder and longtime head Kurt Skov.

In September last year, Skov announced plans to find his successor, making it possible for him to slow down his work activities.

Wisborg joins Blue Water after 17 years as managing director for the Danish energy company OK, where he stepped down last year to focus entirely on board positions. He holds several seats on boards in different companies, including the presidency in Schouw & Co.

He joins the operational board as member, and after a handover process, he takes over the chairman position from Skov, who continues as board member.

Skov founded Blue Water in 1972 and has been a leading person at the company for more than 50 years, including more than four decades as chief executive officer and more recently as chairman of the operational board.