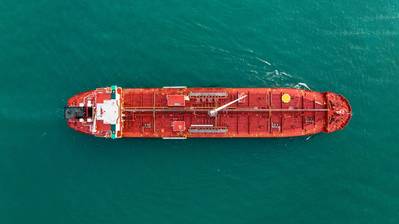 Singapore port operator Jurong Port has completed its acquisition of a stake in a major oil storage terminal in the city-state from the family behind collapsed oil trader Hin Leong Trading Pte Ltd, a port spokesman said on Saturday.

The spokesman said government-owned Jurong Port had completed the purchase of a 41% stake in Universal Terminal from the Lim family. He declined to give details on the transaction.

A lawyer for the family did not immediately respond to a Reuters email seeking comment.

It comes nearly a year after Hin Leong, once Asia’s largest oil trader, racked up some $4 billion in debt and entered court restructuring.

Earlier this month, Singapore’s High Court approved the winding up of Hin Leong.

Reuters reported in February that Jurong Port was set to take over the Lim family’s shares in Universal Terminal. The family managed and owned the stake through Universal Group Holdings.

A previous sale of a stake in the terminal in 2016 valued the whole terminal at more than $1.5 billion, industry sources said at the time.

The terminal, with 2.33 million cubic meters of oil storage capacity and deepwater berthing facilities that allows two supertankers to dock at the same time, is regarded as a most prized asset invested in by the Lim family.