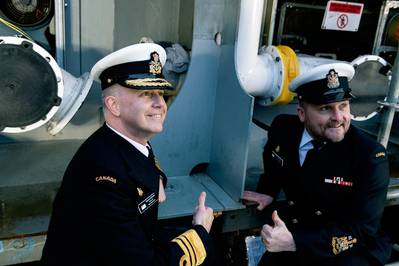 Scheduled for 2023 delivery, the newbuild is the first of two joint support ships to be constructed by Seaspan as part Canada's National Shipbuilding Strategy (NSS). With a length of 173.7 meters and a breath of 24 meters, the vessel will be the largest naval ship by length ever built in Canada.

“Today’s keel-laying ceremony represents another milestone in our commitment to provide modern, safe and effective vessels to members of the Royal Canadian Navy and the Coast Guard. The hard work of the dedicated individuals at Seaspan ensures that the National Shipbuilding Strategy delivers on its mandate to rejuvenate Canada’s shipbuilding industry,” said Anita Anand, Minister of Public Services and Procurement Canada.

Seaspan, which began building the early blocks in June 2018, said it has completed 16 blocks with another 37 currently under construction. 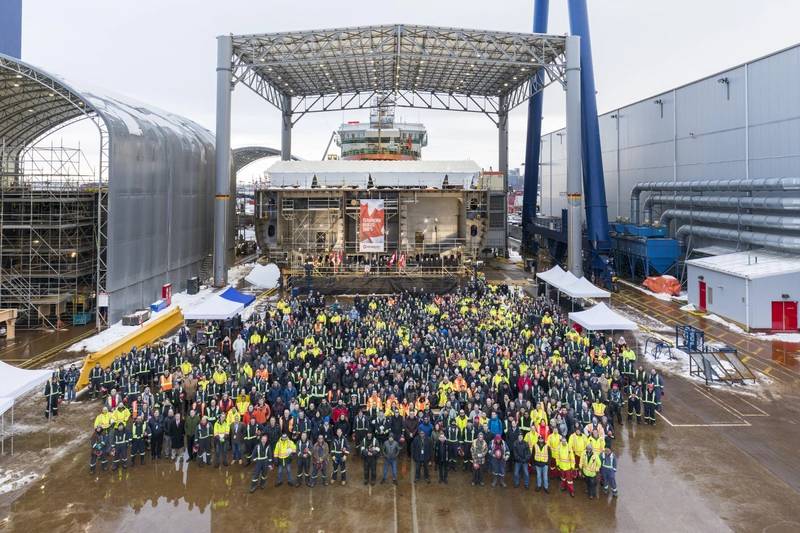 HMCS Protecteur and HMCS Preserver will replace the former Protecteur-class Auxiliary Oiler Replenishment vessels. As a warship, it will include sophisticated damage control and self-defense systems that will allow it to conduct a full range of military operations in high-threat environments. In addition to providing critical at-sea replenishment, the multipurpose warships will also be capable of seamlessly integrating with any Canadian or allied naval task group, and will significantly extend the range and endurance of these groups through the provision of fuel, ammunition, aviation support, food, spare parts, exercise and gym facilities, and medical and dental care, Seaspan said.

HMCS Protecteur will have a cruising speed of 15 knots, a top speed of 20 knots and a range of approximately 10,800 nautical miles.

"The construction of this new ship represents an important investment in the capabilities of our Navy, while also providing significant economic opportunities for the local economy, especially for Canadians living here in North Vancouver," said Jonathan Wilkinson, Minister of Environment and Climate Change and Member of Parliament for North Vancouver.

More than 1,000 Seaspan employees will contribute to the construction of HMCS Protecteur, the builder said.

Mark Lamarre, Chief Executive Officer, Seaspan Shipyards, said, “At Seaspan, we know that building ships requires you to build more than ships. You need to build a workforce, an industry, a supply chain, and strong partnerships. The JSS will be the largest naval ship ever built in Canada – a tremendous accomplishment for all the skilled and committed men and women involved in her design and construction.”

Under the NSS, Seaspan has helped to rebuild a marine industrial sector, creating thousands of jobs, leveraging a supply chain of more than 600 suppliers and generating more than $1 billion in economic activity across Canada.

In 2019, Seaspan delivered the Sir John Franklin and the Capt. Jacques Cartier Offshore Fisheries Science Vessels (OFSVs) to the Canadian Coast Guard. These were the first two large vessels built and delivered under the NSS. Seaspan will deliver a third OFSV to the Coast Guard – the future John Cabot – in summer 2020.