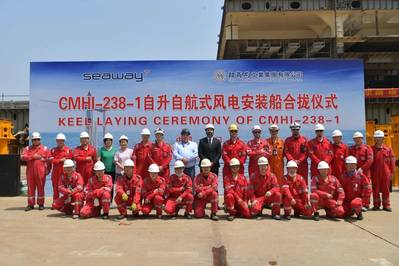 The GustoMSC NG-14000XL-G jack-up vessel was originally ordered by OHT, with which Seaway 7 merged in 2021.

"This is a very important and satisfying milestone for the Seaway Ventus construction project, marking the period where all the fabricated steel blocks are brought together like Lego for assembly in the dry dock where the complete hull will be formed to create the ship," said Torben Mikkelsen, Project Manager Newbuild vessels.

Torgeir Ramstad, EVP Vessels & Installation Delivery at Seaway 7, and former OHT CEO, said:"The team at CMHI have worked extremely diligently to ensure that this milestone was achieved according to schedule, despite major disruption caused by Covid-19 restrictions in China." 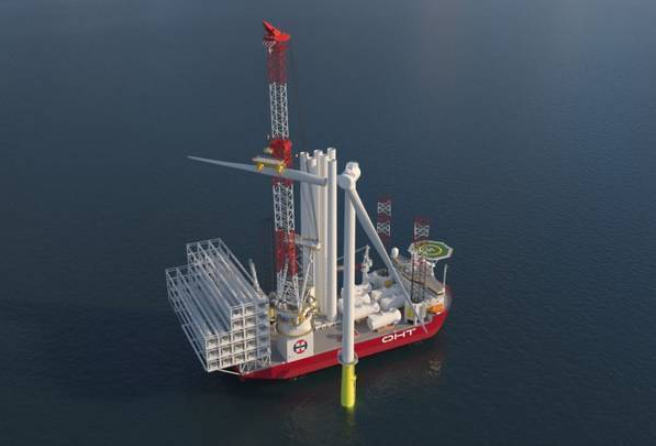 "When building a vessel for the next 25 years, we need to go as far as technically possible now to make it future proof against new regulations and expectations from our clients and from the community."

When OHT originally ordered the vessel in 2020, it said that the WTIV, previously known by project name VIND1, would be delivered in Q2 2023.

The vessel will be able to install the future generations of offshore wind turbines and XL monopiles.