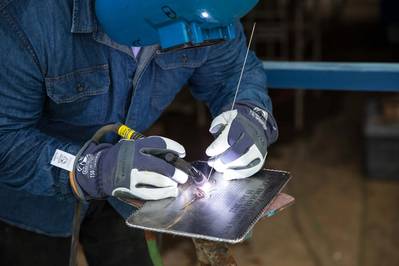 "Today marks another pivotal milestone in the legacy of the Heritage Class Offshore Patrol Cutters constructed here in Panama City as we now have three OPCs in full production on time and on budget. I’m proud of our workforce for delivering shipbuilding excellence to the men and women of the USCG,” said Eastern Shipbuilding Group President Joey D’Isernia.

The ship’s sponsor is Alaskan Senator Lisa Murkowski, a member of the Senate Appropriations Committee.

USCGC INGHAM will be homeported in Kodiak, Alaska with Senator Murkowski’s signature welded on the keel. 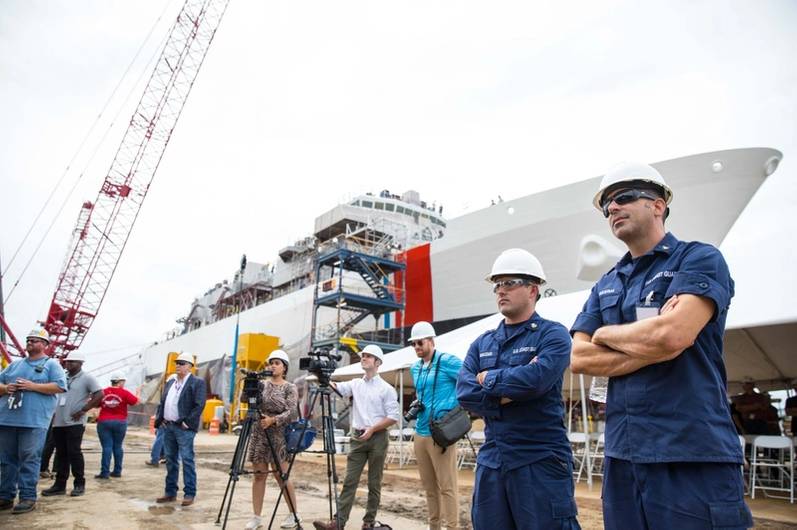 "Thank you to the U.S. Coast Guard and Eastern Shipbuilding Group for inviting me to join a maritime honored tradition—by serving as the ship’s sponsor to the newest Coast Guard Cutter Ingham. I commend the hundreds of skilled professionals at Eastern Shipbuilding Group there in Panama City, Florida building this vessel. You are experts at your craft and have shown true resilience through the pandemic, supply chain challenges, and a category 5 hurricane. The Offshore Patrol Cutter Ingham will have tremendous capabilities and will be protecting our interests in the Pacific Ocean for decades to come,” said Senator Murkowski.

What's in the name

"Each of the new Heritage Class Offshore Patrol Cutters represents a naval tradition of naming ships for previous vessels. Three U.S. Revenue Service Cutters and one highly distinguished U.S. Coast Guard Cutter bearing the name Ingham are etched in United States history. The first Ingham was named in honor of U.S. Secretary of the Treasury Samuel D. Ingham and was bestowed with the axiom “semper paratus” in 1836, nearly 60 years before the U.S. Coast Guard adopted this motto in 1896," Eastern Shipbuilding Group explained.

The most recent, Eastern Shipbuilding Group said, USCGC Ingham (WHEC 35), served for over 50 years from 1936 to 1988 in the North Atlantic, Pacific and Caribbean during World War II, executing vessel escorts, weather patrols and anti-submarine missions. 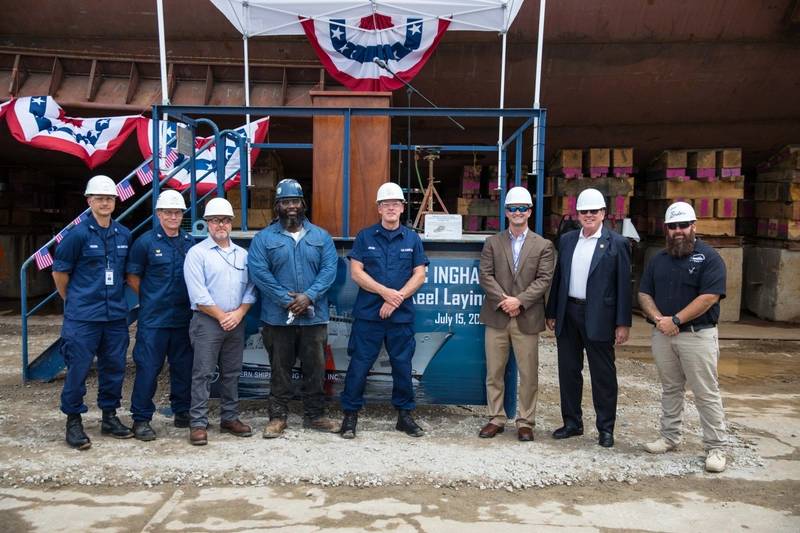 "It assisted weather stations and performed search and rescue during peacetime, and it conducted dozens of naval gunfire support missions during the Vietnam War. At her decommissioning, she was the oldest cutter in commission, the most decorated vessel in the U.S. Coast Guard fleet, the last active warship to sink a WWII U-boat, and was the only cutter to be awarded two Presidential Unit Citations. The future USCGC INGHAM (WMSM-917) will carry that legacy for the next forty years," Eastern Shipbuilding Group said.

"Over the course of the life of the USCG there have been four vessels to proudly carry the name INGHAM. Those vessels were crewed by sailors that were hardened by the sea and strove to accomplish their missions to the best of their ability, often at their own peril. These feats were accomplished using knowledge, skill, and a desire to do the best in all situations. Excellence is the direct outcome of their culture and a legacy we pass to the newest vessel to bear the great name INGHAM; WMSM-917. Semper Paratus,” said Bruce “Beemer” Yokely,  President  of Ingham Association.

During the keel laying ceremony, which represents the ceremonial start of a ship’s life by commemorating the assembly of the initial modular construction units, Joey D’Isernia was accompanied on the podium by Rear Admiral Jacoby and Karlier Robinson, the expert welder charged with welding the sponsor’s initials onto the ceremonial keel authentication plate.