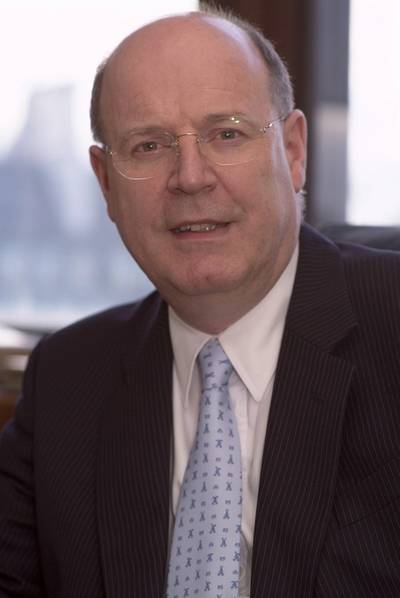 BMT Group Ltd., an international design, engineering and risk management consultancy, has announced that Jan Kopernicki has joined the Board of Directors as a nonexecutive Director.

Jan has extensive experience in the shipping industry, with his career at Shell spanning over 40 years. As Head of Shipping until his retirement in 2011, his global team was responsible for Shell’s portfolio of oil tanker, LPG and LNG vessels and for advising on safety and environmental aspects of shipping. He also served as a member of the Shell Trading Executive Committee and Group Executive Sponsor for shipyard procurement.

He was appointed CMG (Companion of the Order of St Michael and St George) in the 2012 New Year’s Honors list for his services to the safety and security of the international shipping community, recognizing his role as President of the U.K. Chamber of Shipping, Chairmanship of the Oil Companies International Marine Forum (OCIMF) and contribution to combating the threat of international piracy.

Jan is a nonexecutive Director of J & J Denholm Ltd., Nordic Tankers Holding AB, and the U.K. Chamber of Shipping. A Leicester University graduate and Fellow of the Society of Biology, he has been active in a number of roles, including Chairman of Maritime U.K., Co-Chair of the U.K. Shipping Defense Advisory Committee, Trustee of the Lloyds Register Foundation and a member of the British Airways International Business Advisory Board. He is an Honorary Captain in the Royal Naval Reserve and President of the Shell Pensioners Association.

Commenting upon his appointment, Jan said, “I am very pleased to be joining such an exciting, innovative and international group, rooted as it is in scientific excellence. I look forward to supporting the continued success of the company and its people.”

Dr. Neil Cross, Chairman of BMT Group, said, “I am delighted to welcome Jan to the BMT Board. His breadth and depth of industry knowledge and experience will be invaluable to the company as we focus on continued growth and development.”