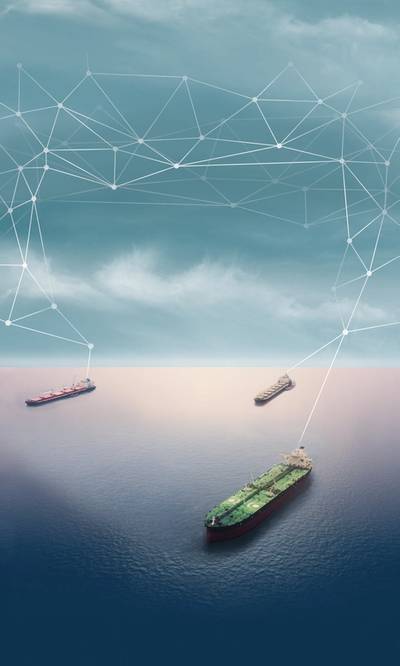 While the ship owners and ship managers historically have eschewed the push to increase connectivity at sea, the path to efficiency in the digital age is paved with a robust, high speed and affordable connection. KVH and Intelsat are cooperating to provide all that and more.

According to the Crew Connectivity 2018 Survey Report, based on a survey of 6,000 serving seafarers and sponsored by KVH Industries and Intelsat, approximately 75% of seafarers can no use the internet at sea, a 32% jump in three years. Long gone are the days when entertainment at sea consists of a ‘library’ of 20-year-old magazines, books and movies. Attracting and retaining qualified crew, an industry-wide challenge, means delivering onshore quality amenities, as the survey also found that 92% of seafarers reported that internet access strongly influences their decision on where to work.

While crew amenities are important, it is really only half of the digitization story sweeping through maritime today.

“KVH is leading the way in connectivity, but it’s beyond connectivity in itself, it’s what the commercial marine industry is doing with that connectivity,” said Elizabeth Jackson, Chief Marketing Officer and SVP Strategy, KVH, during a recent interview in Athens. “It’s data transfer, it’s data analytics, it’s value added services, it’s content delivery. With the partnership with Intelsat and the launch of our new HTS product at the end of last year we’re leading the way in this ‘dual channel’ offering … they (vessel owners) pay for one channel, they get the other channel for free,” allowing them to segregate data for operations versus crew, providing unprecedented levels of choice.

A recent adopter is Nordic Hamburg, which in mid-June chose KVH’s new TracPhone V7-HTS antenna equipment and the AgilePlans subscription-based Connectivity as a Service (CaaS) program to bring connectivity to 25 of its vessels. The AgilePlans program provides equipment and airtime for a monthly fee, with no commitment; installation at select ports and global tech support are also included, as well as NEWSlinkTM TV and NEWSlink Print news, sports, and entertainment content delivered via KVH’s IP-MobileCast content delivery service.
“(AgilePlans) is unique in the market because we manufacture the antennas, we manage the installation and the service,” said Jackson. “It has gotten rid of a barrier of buying expensive equipment up front.” 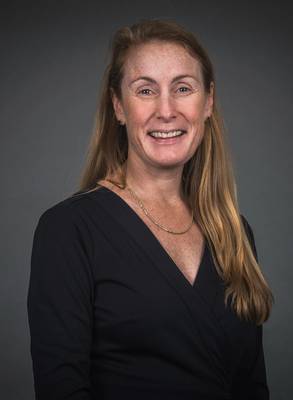 “KVH is leading the way in connectivity, but it’s beyond connectivity in itself, it’s what the commercial marine industry is doing with that connectivity. It’s data transfer, it’s data analytics, it’s value added services, it’s content delivery.”  Elizabeth Jackson, Chief Marketing Officer and SVP Strategy, KVHAccording to Mark Woodhead, KVH’s SVP Europe, there is one more attractive aspect to the plan, particularly from the perspective of a ship manager. “Ship managers can lose their vessels within three months, yet here we were asking them to sign 3-4 year contracts. We are confident in our product and systems, so instead of asking the customer to take the risk, we took the risk.”

In the year since AgilePlans launched, it accounts for almost two-thirds of KVH’s commercial shipments, Jackson said. “It has been successful, and to date we have not had one return.”

KVH & Intelsat
While KVH prides itself on product and service, it knows that it is only as good as the pipeline on which it operates. In the autumn of 2017 KVH Industries announced the launch of its next-generation, advanced maritime broadband network, joined by service partner, Intelsat.
KVH’s high-speed overlay to its current mini-VSAT Broadband service was expected to triple, and in some cases increase by a multiple of six, the data speeds for its maritime customers, and at the core of its capabilities, KVH’s advanced maritime broadband network will incorporate Intelsat Epic satellite services and the IntelsatOne platform.

“KVH are our launch partner for the Intelsat network, a global Ku band network that really takes advantage of the high throughput satellites that we have been investing in over the last few years,” said Andrew Faiola, Director, Mobility Solutions, Europe, Middle East, Africa, & Asia-Pacific Sales, Intelsat. “KVH has done some unique things in the way that they have packaged and gone to market with some of their services. From our perspective, this is exactly what the network is designed to do; to allow enable to differentiate.”

While KVH and Intelsat have a vested interest to increase communication usage at sea, the data and comms ‘revolution’ is still in its infancy.
“The entire shipping industry has set itself up on ‘how to not use data’ for many years because vessels were not connected,” said Woodhead. ”Today, courtesy of high throughput satellites, suddenly this market has woken up to the fact that it can be connected, and start to manage the vessel operations and the crew onboard to optimize performance, as well as to simply make it a nicer place to work and to attract new people to the industry.”

With more powerful satellites and service, the antennas have grown smaller and the logistics for installation have grown easier.  “It brings down the total cost of ownership while enabling higher throughput at the same cost points,” said Faiola. “It’s opened the tap on what companies are able to do. With more and more activities happening in the cloud, the satellite network has become a real enabler.”
As the maritime industry enters a transcendent period of legislative and technological driven change, Woodhead explains the ‘digital era’ today in maritime concisely. “We are at a tipping point; similar to when we all went broadband in the early 2000s at home; we are now at that point at sea. KVH is well-positioned, as we recently launched our high throughput satellite network in partnership with Intelsat.” 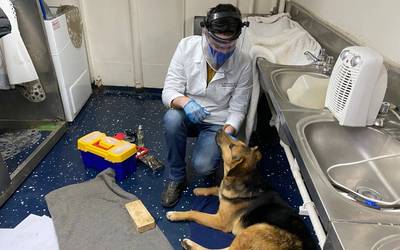