Lakes Limestone Trade Down 3.7% in September 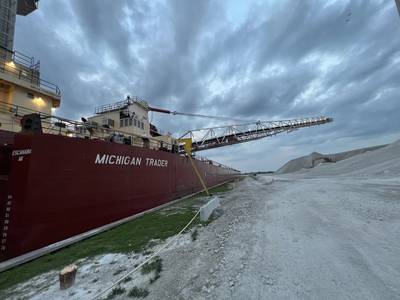 Shipments of limestone on the Great Lakes totaled 3.5 million tons in September, a decrease of 3.7% compared to a year ago, according to latest figures published by the Lake Carriers' Association (LCA). Limestone cargos were below the month’s five-year average by 2.7%.