The U.S. Navy is leaving traditional lighting behind for Solid State Lighting (SSL) with very long-life solid-state light-emitting diode (LED) lighting.  Technology has illuminated new ways to light ships that are safer, more efficient and more affordable.  Taking advantage of the new technology has its challenges, such as finding cost effective lighting that is rugged enough to meet current Navy requirements and military specifications.

Lighting on Navy ships must deal with the harsh conditions of salt spray, dust, vibration and temperature extremes, power surges, and potentially shock and battle damage. While consumers have taken a shine to LED lighting in homes and offices, military and maritime lighting installations must be evaluated and certified.

Hatch said the Navy is trying to balance the importance of the existing specifications with the flexibility that new technologies like LED provide.  “We don't need to have the same size light fixtures anymore. We can make an LED array any size we want,” he said, citing one example.

Over the years we have pretty much standardized on a two-foot fluorescent lamp for overhead lighting. The fixtures, bulbs, starters and ballasts were interchangeable.  But we’re basically limited by the variations of size and number of bulbs.

Glass incandescent and fluorescent bulbs haven’t changed much in the last 50 or 60 years.  They’re fragile, and they shatter.  New LED lights are sturdier.

“We've proven that we can use LED on ships—they’ll survive, and they'll work. Now we have to figure out how we want to do things differently than we have been doing with these options.”

There are specific requirements for shipboard lighting, to include applicable industry standards and those issued by classification societies like ABS.
“You can't just put any light fixture or light on board a ship, said Christopher Nemarich, engineering manager for shipboard electrical systems- lighting and instrumentation (NAVSEA 05Z33).  “All general purpose and task lighting that goes onboard a Navy ship must meet the requirements of MIL DTL 16377J, which was issued in 2014 and has its latest amendment in 2019, which covers fluorescent, incandescent and solid-state LED lighting, luminaires and parts used for general illumination on naval ships and submarines.  The specifications don’t tell industry how to make the lights; they specify what attributes those lights have to have. If they make a light that meets the requirements then maybe we’ll buy it.”

However, the specifications need to catch up with the state of technology.  During the energy crisis in the 1970s the Navy replaced many incandescent lights with more efficient fluorescent tubes, so those specifications are now at least 40 years old.  LED technology is evolving faster than the documentation can keep up with it. 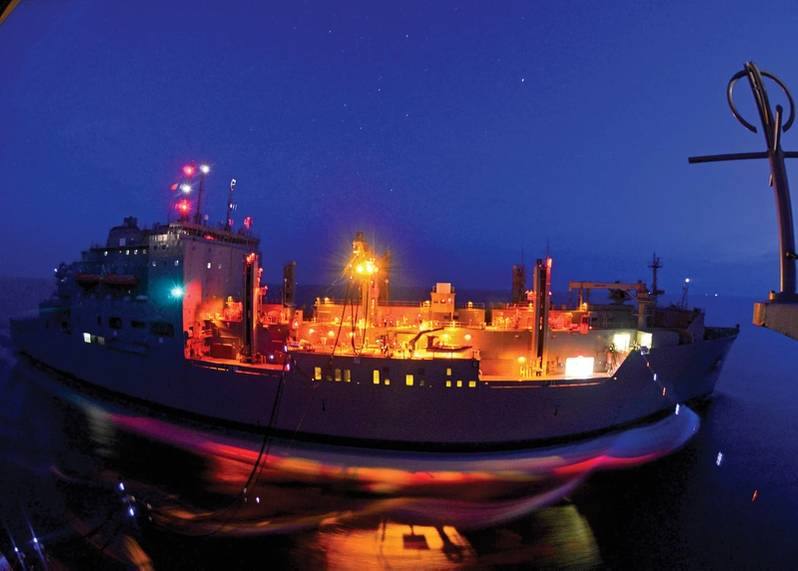 Nemarich said the Navy still has the detailed specification sheets for overhead fluorescent lighting  because there continues to be tens of thousands of fixtures in the fleet.   But if a ship wants to replace some two-foot fluorescent fixtures with new LED lights, they can find another fixture that is going to bolt up to the same pattern and function in the same way.  And while there are LED lights that can replace those fluorescent tube fixtures on a one-for-one basis, they are not limited to those linear lamps.  “We are not confined to that linear format anymore. The commercial market has lighting of all shapes and sizes.  The technology has just moved ahead so fast.  Solid-state lighting was a revolution in the lighting industry.  What you can buy today is a vast improvement from just 10 or 15 years ago,  with many more options, and less cost.  So, we want to make sure that the lighting we put on board ship meets our requirements,” Nemarich said.  “What we don't want to do is limit technological advances that the Navy could be taking advantage of.”

While the Navy generally follows commercial standards, the Navy standards can be stricter.  “There are certain things that you just can't get around.  For example, you can't put a product on board ship that would give off a toxic gas if it burned.  It also has to survive if the electrical shipboard power distribution system experiences transients in the voltage, or an environment subject to electromagnetic and radio frequency interference.

Some solid-state light power supplies, called drivers, generate interference that which can affect sensitive electronics.  “In your home, you can just move the light away from your TV, but on a ship, it could be more problematic,” Nemarich said.  “To make sure, we have to thoroughly test the lighting fixtures to ensure that they are not generating an unacceptable level of electromagnetic or radio frequency interference.  And we have to ensure systems are grounded properly, have the appropriate shielding in, and use higher quality components that don't generate that noise level.”

In many cases, it isn’t necessary to change fixture.  With 12-inch fluorescent bunk light fixtures in the berthing spaces, for example, the fluorescent tube can be replaced with an LED tube, and the ballast and starter can be removed. “We even provide the instructions for how rewire the fixture by removing the ballast and the starter--but it’s not a requirement,” said Nemarich.

Jason Farmer is part of Huntington Ingalls Industries research and technology group, looking for new technologies that improve ship classes and systems, and ways to reduce maintenance and sustainment costs, as well as energy consumption.  One way to do that is through more efficient lighting that performs better.

There are a number of requirements that we need for meet for each class of ship, including the levels of lighting and the specifications of fixtures that the system has to perform to.  When we replace legacy incandescent and fluorescent systems, we have to change the components of the fixture and the voltage.   The newer solid-state lighting last longer and consume less energy, and with that come multiple benefits when we're evaluating these newer technologies.

According to Farmer, legacy fluorescent tubes are fragile and prone to shatter, and there is a significant storage requirement for replacement and spent bulbs.  “When you move to a LED based system, you're replacing them less often. And they're smaller, so you need a smaller footprint for those spare parts.”

With the many existing interior 2- and 4-foot fluorescent fixtures in place on ships today, new LED lights are being made to fit those fixtures.  Exterior fixtures are different, with many topside lights being incandescent bulbs sealed inside a glass globe with a metal grate to protect the light from impact and moisture.

While LED products have become readily available, home or even industrial lighting are unlikely to be unsuitable for maritime applications, and will not deliver the desire benefits of LED lighting.

“Exterior lights are only considered ‘marine grade’ when they have been designed and engineered specifically for the rigors of the marine environment. They should operate within a wide -40C to +50C ambient temperature range and withstand corrosive marine conditions and constant shock and vibration.,” said Ryan Hertel of Milwaukee-based Phoenix Lighting.  “Most exterior lights promoted in the market today do not meet those requirements, and will never reach their rated lifespans. Installation of these unproven fixtures will ultimately cost the user more to repair or replace when compared to a purpose-built marine-grade LED fixture.” 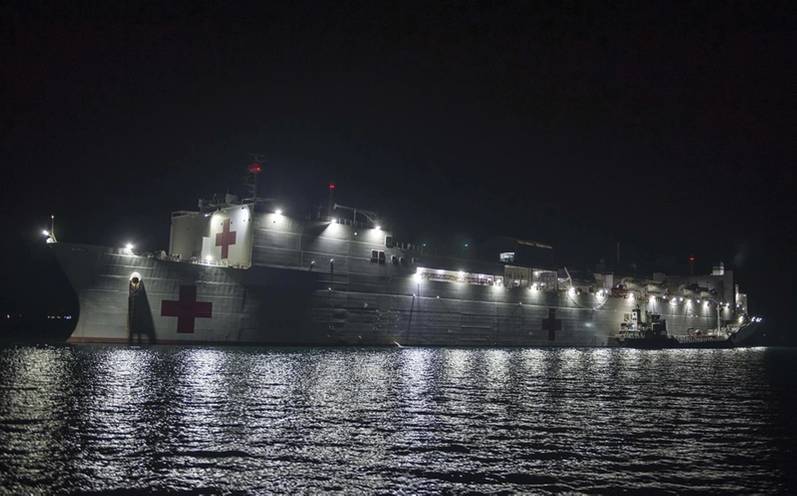 Somebody who actually has to change a light bulb has profound knowledge on the subject, especially if they have to change hundreds or thousands of them.

Mark Richards is a port engineer for TOTE Services, responsible for two 40,000-ton MARAD SL7 strategic sealift Con-Ro ships in the Ready Reserve Fleet, SS Regulus and SS Pollux, currently based in Beaumont, Texas. “I’m not a lighting engineer; I’m an end user.  But my ships have a lot of lights, and I’ve learned a lot in the past few years about what the new technologies can and cannot do.”

“Our ships are in a reduced crew status,” Richards said.  “I could use two of my people to do nothing but change bulbs all day long.  When they’re done doing that, they have to start all over again.  Now, with our LED lights, we improve the lighting on the ship, save energy, and can cut way back on maintenance.  We don’t have to store thousands of bulbs on board, or deal with the disposal of the hazardous waste.

“We have a lot of lights that are very inaccessible, so we’ve prioritized the renewal of those lights with LEDs. We’ve already converted a large number of spaces because once we replace them, they will last a very long time.   I can’t say how long, because we haven’t had to replace them.  But it’s been several years and I haven’t had to change an LED fixture that we have installed.  If you walk into a space where we’ve installed all LED lighting and compare it to one that we haven’t converted yet, the old lighting makes those spaces look like dungeons.  It’s such a noticeable difference.”

Richards said any additional costs for LED lights makes sense in the long run.  “Generally, in marine applications, when you spend a little bit more money for something of higher quality like LED lighting, in the long run it saves when money not only when you consider the cost of replacing incandescent/fluorescent bulbs, disposing of them but the labor costs associated with that continual effort and maintaining the fixtures themselves.  I would prefer to deal an issue once the right way and not have to come back to it again.  Once most LED lights are installed, they are basically ‘hands off.’”

The safety factor also has financial implications.  Better lighting saves lives, not to mention lawsuits or workman’s comp cases.  “How many lawsuits have you seen where somebody says, ‘It was too dark, I couldn't see really well.’  Whatever money you were trying to save on cheap lighting solutions or turning off lights to conserve power and save money, goes over the side when somebody trips and falls and ends up in the hospital.  You just lost everything you were trying to save.  Good lighting absolutely improves both safety and productivity.”

For example, LED lights have vastly reduced power requirements, so shipboard electrical systems can be designed in new and different ways.  Half of the power going to an incandescent or fluorescent bulb is radiated as heat, which affects the calculations of your airflow in order to keep spaces at the desired temperature.  LED heat is negligible, so you need less cooling and air circulation, both of which take up space, weight and power, and that can translate to a decrease in fuel consumption and an increase in endurance.  “You don’t have to run your generators so hard,” McKerrow said.  “You can expect as much as three percent more endurance, which is significant during a long deployment.