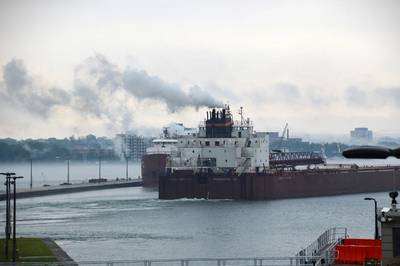 New legislation introduced in Congress aims to create a federal entity dedicated exclusively to advancing solutions to the challenges faced by the eight states of Great Lakes region.

Ohio, Illinois, Indiana, Michigan, Minnesota, New York, Pennsylvania and Wisconsin together, contain a large core of the United States’ commercial and defense industrial base, as well as the largest freshwater system anywhere on Earth, but lawmakers say the Great Lakes region lacks the support present in other regions where the federal government has an array of commissions, authorities, and bureaus responsible for guiding long-term development and environmental conservation.

“The Great Lakes region is the industrial workhorse that powers America,” said Rep. Kaptur, Chair of the House Energy and Water Appropriations Subcommittee, and Co-Chair of the bipartisan House Great Lakes Task Force. “But after decades of bad trade deals that outsourced living-wage jobs and fomented deindustrialization – the need for a robust new partnership that catalyzes regional revitalization is abundantly clear. By investing in workforce development, innovative energy technologies and manufacturing processes, and responsible stewardship of our precious Great Lakes ecosystem – the Great Lakes Authority will unleash the Heartland’s full potential for this 21st century.”

The Great Lakes Authority would be empowered to promote economic development and job creation, and create workforce education, training and adjustment institutions to spur economic growth in communities disproportionately affected by the outsourcing of jobs. It would foster innovation to strengthen and expand domestic manufacturing and promote cleaner and more sustainable power production, and establish and administer funding mechanisms to finance clean energy, green infrastructure, water infrastructure, and broadband infrastructure projects. And it would aim to restore and protect the Great Lakes, which are the principal source of surface freshwater in North America.

"The Great Lakes region is an economic powerhouse, generating $3.1 trillion in GDP while employing 25.8 million people, and supporting $1.3 trillion in wages,” said Northeast-Midwest Institute President and CEO Dr. Michael Goff. “However, in recent years manufacturing employment has declined and population growth in the Great Lakes has slowed, putting new economic and social strains on our region. These and other challenges are unique to our region and NEMWI applauds the tireless efforts of Rep. Kaptur, along with Reps. Rush, Dingell, Tonko, Stevens, Schneider, and Morelle to craft legislative answers in finding new economic development mechanisms that can help revitalize the Great Lakes."

“The Great Lakes region is not only a treasured environmental watershed but is uniquely positioned, with the right investments, to be an economic powerhouse to drive innovation and economic development for the 21st century,” said Rep. Dingell. “As a co-chair of the bipartisan Great Lakes Task Force, I am proud to join my colleagues in introducing the Great Lakes Authority Act, which will help strengthen the Great Lakes regional economy, as well as the nation, by boosting investments in long-term economic development projects across the manufacturing, defense, infrastructure, and clean energy sectors.”

"The Great Lakes are central to our way of life,” said Rep. Kildee. “They foster billions of dollars in economic activity in our local economies and support millions of jobs in the fishing, boating and tourism industries. I am proud to support this legislation to help protect our Great Lakes, promote our economic development, invest in workforce training and help create more good-paying jobs here in Michigan.”

“As a member of the Great Lakes Task Force, I’m dedicated to enhancing our historic waterways and strengthening the resiliency of lakeshore communities, like my own district of Rochester, New York,” said Rep. Morelle. “The Great Lakes region faces unique opportunities and challenges – that’s why I’m proud to be an original co-sponsor of the Great Lakes Authority Act to help ensure these communities have the resources they need to flourish and prosper. I look forward to working alongside Rep. Kaptur and our partners to preserve our Great Lakes for generations to come while also finding new and creative ways to leverage their strong economic assets.”