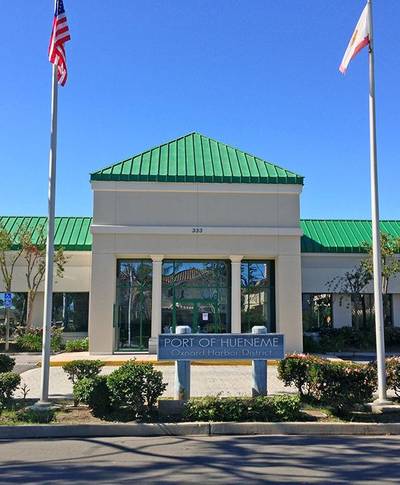 By increasing the Oxnard Harbor District's borrowing authority from its current $1 million to $10 million, the legislation will help The District upgrade and modernize its facilities. The bill maintains stringent accountability standards, including a required two-thirds vote by the District's Board of Harbor Commissioners for any new borrowing.

"A lot has changed since 1984, and our ports need to be able to compete in the global economy," said Bonnie Lowenthal, chair of the Assembly Transportation Committee and the Select Committee on Ports.  "By modernizing the financing ability for the Port of Hueneme, they'll be able to take on some significant infrastructure upgrades, create jobs and increase local revenue."

"This legislation will help the Oxnard Harbor District and the Port of Hueneme in their efforts to modernize the port's infrastructure and to expand the global footprint of Ventura County's commercial shipping port," stated Assemblyman Jeff Gorell.  "As the only deep water port between southern and northern California, there are tremendous opportunities at the Port of Hueneme to provide excellent jobs to Ventura County workers."

Port Commission President Mary Anne Rooney said,"The Board wants to express its gratitude to Assembly members Lowenthal and Gorell, as well as to Senator Hannah Beth Jackson, who also supported this important legislation that will increase our borrowing authority. The bill will help The Port remain competitive. It also will enable us to continue upgrading and enhancing our infrastructure, as we did with our recently- completed $13 million shore side power project.  Ultimately, we'll be better able to accommodate our customer's growth plans."

"I'm extremely proud to be a principal co-author of this important legislation, which will allow our port to modernize, continue to stay competitive in a rapidly changing global economy, and create jobs," said State Senator Hannah-Beth Jackson.

Although a deep-water port with a depth of only 35 feet MLLW (mean lower low water), the Port of Hueneme is currently limited in its activities and applications.  With the increased borrowing authority, the Port will have the means to increase its harbor depth and make associated wharf improvements. Such improvements will allow the Port to accommodate a broader range of vessels and process additional cargo.

According to Port CEO Kristin Decas, "At least 40 feet MLLW is necessary to accommodate the Port's anticipated needs into the next several decades. The Port has identified attainable growth goals, but meeting these goals will require the executions of several critical infrastructure projects. The projects will need innovative financing solutions with very limited port capital.  AB 2395 puts another tool in our tool box."

The Port does not levy, collect, or spend local taxes, but instead relies on revenue generated from its operations to support its activities. Additional support is generated in conjunction with occasional state and federal competitive funding.