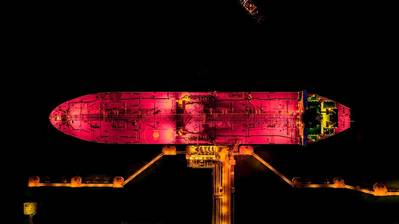 Haftar is embroiled in a conflict with the internationally recognized government in Tripoli and has been trying to seize the capital by force since April.

Tribesmen and forces loyal to him closed all eastern ports and major fields last month in a power play, part of chaos in Libya since the overthrow of Muammar Gaddafi in 2011.

The bank said it had not paid out any public salaries last month. The bank mainly works with the Tripoli government but also pays some public salaries in eastern Libya controlled by Haftar.

The biggest source of income in January was a fee on hard currency transactions which brought 2.319 billion dinars, the bank said. Taxes generated 53 million dinars and customs duties 8 million dinars.

Early-season Gulf of Mexico Storm Trims Some US Oil Production