Life on Hold for Many Philippine Seafarers 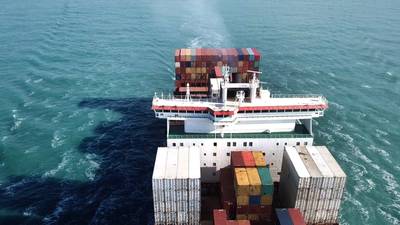 He had a visa and just the job—six months of work at sea and thousands in pay to send home. Then the virus struck.

And like millions of other migrant workers who leave the Philippines to work abroad and send their earnings back to a myriad of dependents, a whole family saw its lifeline cut.

“I was broke. Things were not easy for me and my family. I badly needed to go back to work at that time so I was looking forward to that trip,” said sailor Carlos Salvador Jr.

Salvador was all set to go to Spain for a six-month stint aboard a containership when the Philippines imposed its strict lockdown in March, hoping to contain the novel coronavirus.

Since then, Salvador—who used to send about $2,000 a month home for two children and sick father—has been stuck in his home: a coastal village in central Philippines, with zero work.

“My world stopped spinning,” Salvador, 33, who has been a sailor for nine years, told the Thomson Reuters Foundation by phone from the Iloilo province.

His cousin, a deck officer on another ship, was similarly caught up in the lockdown and grounded.

“I lost my job, they have to look somewhere else for a crew replacement,” said Salvador.

Millions of overseas Filipino workers like Salvador are breadwinners who regularly send money home, in remittances that account for nearly 10% of the country’s gross domestic product.

But hundreds of thousands were likely to lose their jobs this year, cutting an important lifeline for many poor families.

Remittances
About 10 million Filipinos work or live overseas, official figures show, spread across North America, Europe, the Middle East and parts of Asia such as Singapore, Taiwan and Hong Kong.

Remittances by overseas Filipino workers reached a record high of $33.5 billion last year, according to the central bank.

But as global coronavirus cases keep climbing, up to 400,000 Filipino overseas workers were projected to lose their jobs or take a pay cut this year, according to the Ateneo Center for Economic Research and Development, a local think-tank.

“This year’s projected remittance totals may be the steepest in Philippine, 45-year migration history,” said Jeremaiah Opiniano, an expert on remittances at the think tank.

“The Philippines needs these remittances more than ever. They have proven to be an added boost to the positive Philippine economic story the past decade, and have helped the country elude negative impacts of financial crises,” he added.

The Philippine central bank has said remittances, a key driver of consumption, will drop 5% this year on the 2019 total, after chalking up a 3% drop in the first four months of 2020.

Globally, the World Bank said remittances worldwide are set to fall by about 20% - or $142 billion - this year, worse than in the 2009 financial crisis.

One in nine hit
Such a loss would cut a crucial lifeline to many families, as one in nine people globally benefitted from international remittances in 2019, according to the United Nations.

Defence Secretary Delfin Lorenzana, who headed the country’s national task force on the coronavirus response, said more than 92,000 overseas workers had been repatriated after losing their jobs abroad, most of them seafarers.

Another 200,000 Filipino workers are stranded in dozens of countries and on merchant ships waiting to get home.

“We have been sending them back to their home provinces after spending some days in quarantine,” Lorenzana said.

“We wanted to make sure they are virus-free. We have also provided them a cash assistance of $200 to help them start anew,” the official told an online seminar.

As the government gradually reopens the economy, it has started to allow overseas workers, mostly seafarers aboard merchant vessels, to travel again.

It has also eased a ban on nurses and health workers to go overseas, allowing those with existing contracts to go.

Cash aid
Back in his village in Iloilo, Salvador has started fishing for income, besides using his meagre savings and the $200 in aid he got from the government after losing his job.

“It’s not enough but it’s better than having none,” he said.

Salvador is luckier than many.

He has found a job on a new containership and is set to leave by the end of July for a six-month job in the Caribbean.

Marden Domingo and his fiancee Jessica Rai Paulo, who both worked on a cruise ship pre-pandemic, must wait longer as falling demand and border closures hit cruise liners.

In Pangasinan province, north of Manila, the couple has pooled their government aid and opened a food delivery service, making noodle dishes they learned on the cruise ships.

But like Salvador, they wanted to travel and earn more.