The Little Bender That Could 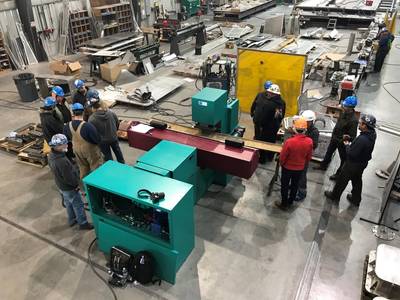 But in the larger scheme of the U.S. economy, security and infrastructure; or of the country’s maritime competitiveness; or even the financial health of the Dakota Creek Industries shipyard and its 300 production jobs; this little bender has the potential to make a mighty big difference.

Dakota Creek recently installed the Stierli-Bieger 2200 SE CNC horizontal ram bender in its Anacortes, Wash. shipyard. It is the first of its kind in the U.S., and it adds a steel fabrication capability that was previously only available in Europe. The Stierli bender is an important link in the shipyard’s – and the country’s – production process. It gives Dakota Creek the ability to craft complex opposing port and starboard hull rib frames that shift in angle and radius from bow to stern. The shipyard will use it initially to form bulb profile hull stiffeners for the tugs, fishing boats, barges, research vessels and oil recovery ships that it produces for fleets on the Pacific, Gulf and Atlantic Coasts.

The addition of the Stierli bender will dramatically increase productivity for Dakota Creek. According to Mike Nelson, Dakota Creek owner and vice president, “The Stierli will allow us to expand our daily production from around three sets of hull frames (six total port and starboard) for three people to 12 sets (24 total frames) using only one or two people and, as we get our team’s familiarity and skills up to speed on the new machine even greater productivity will be possible. It will also allow us to bid jobs more competitively – because it will take us fewer manhours to do the same work. Where we once might have been priced out of a job, we will have a better shot at winning the bids.” 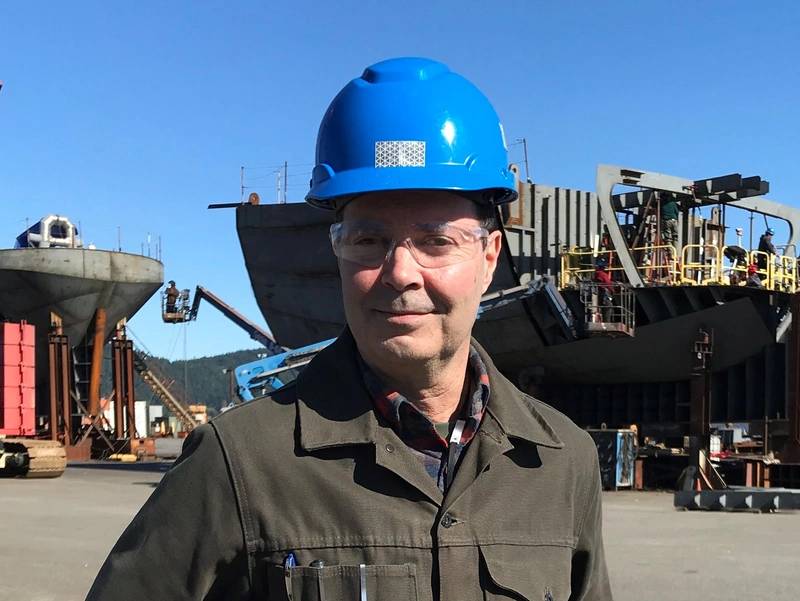 The Stierli bender’s CNC controls will also help automate parts of the process and make production of these complex designs even more efficient. The maximum bending capacity on the Stierli 2200 is HP300 bulb profiles.

With the bender in place, Dakota Creek also raises its ability to do more sophisticated hull forms. “The complexity of new ship hull designs has only increased,” Nelson says. “As ship designers work to make hulls more hydrodynamic and energy efficient and make the factories or workspace on the boats more effective, hull designs are becoming more challenging. Now we can more efficiently take on these challenges here in Anacortes.

The Dakota Creek purchase of the Stierli bender was made possible by a 2017 grant from the U.S. Department of Transportation’s Maritime Administration (MARAD). It was part of $9.8 million in grants designed to strengthen U.S. shipyard competitiveness. The MARAD grants invested in 18 small U.S. shipyards through its Small Shipyard Grant Program, supporting industrial modernizations that increase productivity and allow these shipyards to compete effectively in the global marketplace. Stierli-Bieger is represented in the U.S. by Boschert USA. 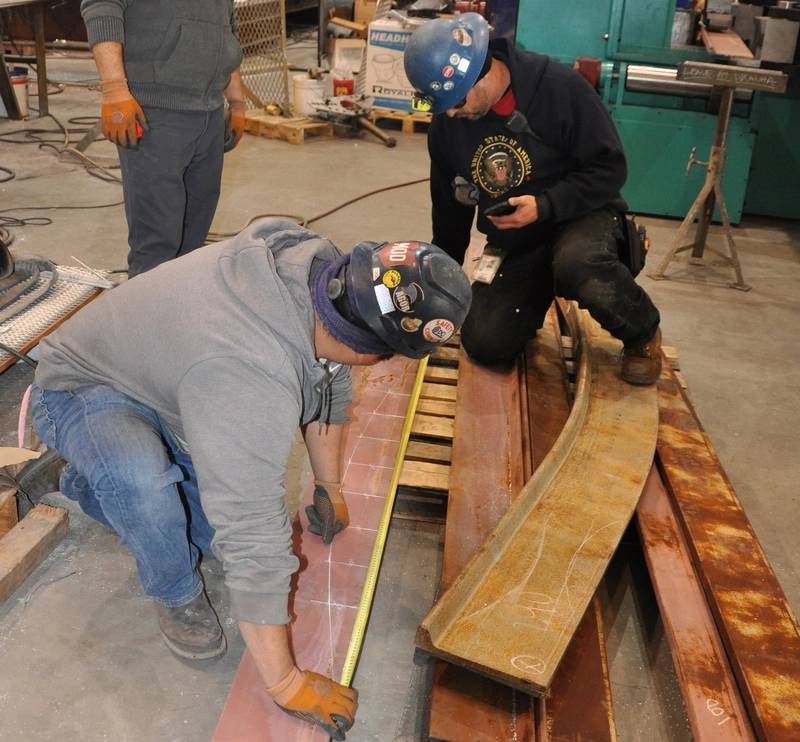 Nelson sees great potential for applying the new bender to future projects – both newbuilds and repairs. “We have a number of projects in the queue where we see the Stierli bender being a great addition to our process.”

The installation of the machine on the floor of the Dakota Creek manufacturing facility caused something of a stir. It attracted a crowd of ten or so operators to see how it worked and what it was capable of bending. Under the guidance of Stierli-Bieger’s Felix Meier, who set up the bender and trained the Dakota Creek staff, the operators began to realize the real capabilities of the machine. “Now that we are seeing how it functions and how easily it can be adapted, we are only starting to realize what other tasks we can perform with it, says Nelson. “It is great to see the enthusiasm of our team as they explore and discover the Stierli’s capabilities. It is that kind of interest and excitement in doing great work that makes Dakota Creek successful.” 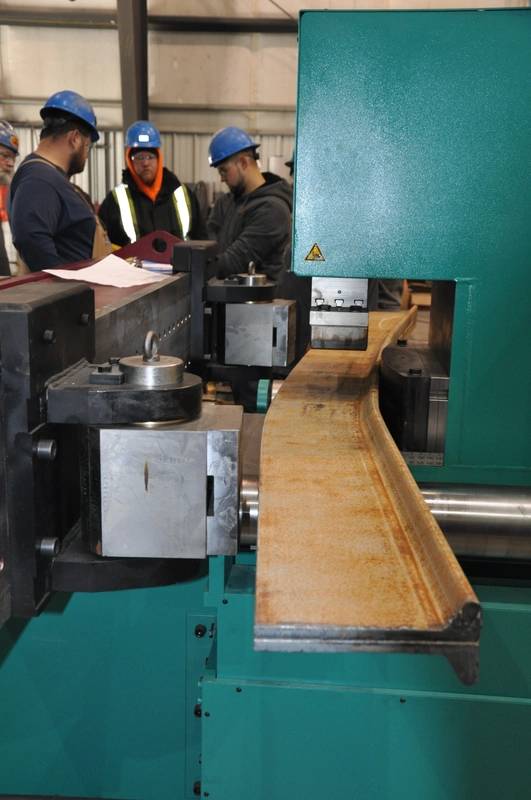