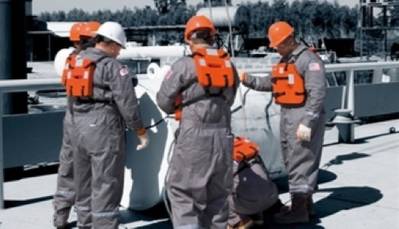 Large Diameter Drilling (LDD), an Acteon company, say they have won a contract to supply drilling equipment and personnel for the delivery of foundation installation services at the UK's new Liverpool 2 container terminal.

The contract is part of a major initiative to expand Liverpool’s dock area and to improve local infrastructure; the new terminal will more than double the number of containers handled in the North West of England.

LDD say that the contract was won on the basis of LDD’s strong technical bid and enthusiasm and flexibility in terms of integrating LDD’s capability with that of the client. The drilling phase, which will last approximately nine months, called for the purchase of new pile-top drills, which are capable of drilling sockets up to 2.5m in diameter.

Mark Richards, VP sales and marketing, LDD, said, “Liverpool 2 is an exciting project that will change the focus of the UK’s import and export routes and reinvigorate the North West region. We are delighted to be working with BAM Ritchies, who themselves are a very competent geotechnical contractor. As the project requires more than seven km of drilling for 323 piles to create the 854 m long quay wall for the container terminal, LDD will be working closely with BAM Ritchies to optimise the safety and efficiency of the drilling operation and to maximise production rates.”

Large Diameter Drilling (LDD) is an Acteon company specialist marine drilling and construction contractor offering a range of equipment and services associated with installing tubular casings and foundations into the seabed in the near- and offshore marine environments for the oil, gas, renewables, nuclear energy and civil and marine structure and facilities sectors.