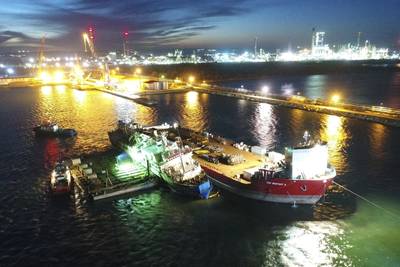 Livestock carrier Queen Hind, which capsized with 14,000 sheep on board in November, is now at dock after refloating efforts concluded on Tuesday night. (Photo: GSP)

Operations to raise a livestock carrier that capsized in the Black sea off Romania in November came to a close on Tuesday night, said local marine services firm Gruup Servici Petoliere (GSP).

The Palau-registered Queen Hind flipped onto its side shortly after leaving Romania's Midia port en route to Saudi Arabia at the end of November 2019. Its entire crew, most of them Syrians, were rescued. Only 180 of the estimated 14,000 sheep on board survived.

The Queen Hind is now docked and normal operations have resumed in Midia Harbor following a "tireless human and technical effort" to refloat the vessel, said Gabriel Comănescu, GSP president and CEO.

The largest sea crane in the Black Sea, GSP Neptun, was brought in to facilitate the complex salvage project, while barges were used to help stabilize the Queen Hind. Salvage efforts saw GSP employees work around the clock, with diver teams working in four shifts.

“It was not an easy operation. There seldom are easy operations in our field of work," Comănescu said. "We managed to refloat a ship, comparable in length to a football field", without safet or environmental incident.

GSP said it now working on the second phase of the salvage project, which includes the removal of thousands of sheep below deck. "The mission to free the Queen Hind of the biological load, in 100% safe conditions for the personnel as well as for the environment, will be developed in close collaboration with local and national authorities," it said.

At the time of the incident, Romania's Agriculture minister Nechita-Adrian Oros said his department, the transport ministry and the national food and animal safety watchdog had launched an investigation into why the ship capsized. There have been several media reports claiming the ship was overloaded.

Romania is the European Union's top exporter of live sheep to the Middle East. Animal rights groups have long criticized conditions on livestock carriers such as the Queen Hind and said some are overloaded. 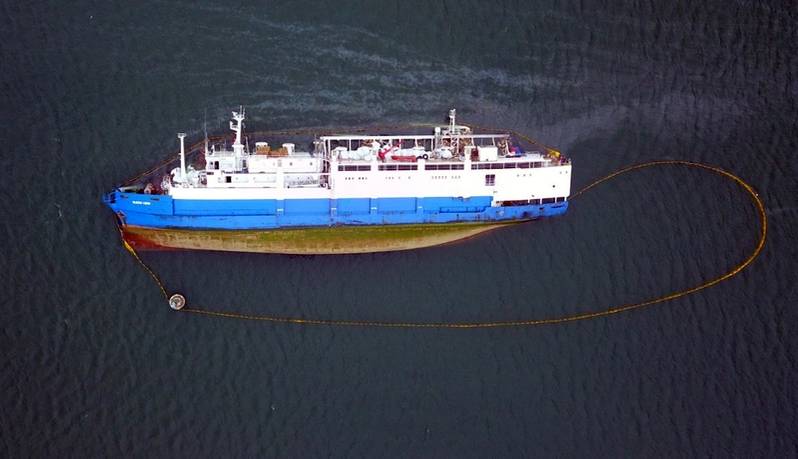