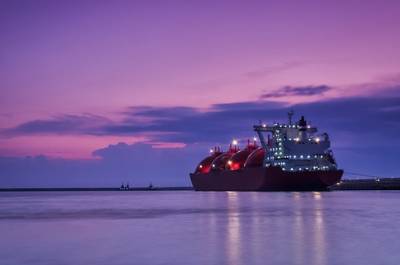 Tanker rates to ship liquefied natural gas (LNG) have more than doubled since the start of the month as a power crisis in Asia and Europe drives up demand for vessels, industry sources said on Tuesday.

The daily charter rate for a tri-fuel diesel-electric (TFDE) vessel that can carry 160,000 cubic meters of LNG to Pacific basin ports rose to $202,500 a day on Tuesday, the highest since Jan. 15, according to data from Spark Commodities.

For the same type of ship moving in the Atlantic basin, the rate hit its highest since late-January on Friday, but dipped to $138,250 a day on Tuesday, Spark data showed.

Both rates have more than doubled since the start of the month.

As LNG plants return from maintenance and supply is expected to grow in the near-term to meet increased demand for heating during winter, availability of ships has been tight, the sources said.

Currently, the price spread between Henry Hub futures and European and Asian gas prices is historically very wide, and traders anticipated the flow of U.S. export cargoes to increase in winter, which would also boost freight rates.

"There are very limited spot vessels so if there is a prompt vessel requirement for those lifting (free-on-board) then the potential cargo margin could mean the rates could go much higher," said Tim Mendelssohn, chief executive at Spark.

Shipping rates across all routes are up this week and will likely break previous record high levels, a Singapore-based LNG trader said.

Congestion is expected at the Panama Canal, which ships use to transport LNG from the United States to Asia, while very few ships are available for spot charter this winter, said Oystein Kalleklev, chief executive of FLEX LNG Management.

"This is happening at a time when cargo prices are extremely firm, so willingness to pay for freight is thus very high," he said, adding that freight prices are expected to go higher still over the next few months, although much depends on the weather.

"Normally (rates would peak in) second half December, but in case of cold winter which seems likely given La Nina alert, freight rates might stay elevated until early parts of February," he said.

Restocking demand for LNG next year to replenish low inventory levels may keep freight rates buoyant past winter, he added.