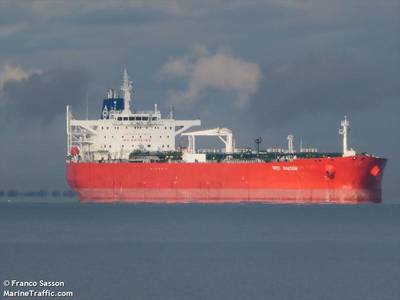 Loading operations at the Libyan oil terminals of Es Sider and Ras Lanuf resumed on Friday after a stoppage, National Oil Corporation and two engineers at the ports said.

Exports were still halted at a third terminal, Hariga, where people have blocked loading operations, an engineer there said.

Libyan oil output has been over 1.3 million barrels per day for much of 2021 but insecurity, political divisions and budget disputes threaten to undermine production or stop exports at various fields or ports.

Last year, eastern-based forces in the civil war blockaded almost all exports for months, ending with negotiations that came in the context of a wider push towards peace.

Earlier this year, NOC declared force majeure on some exports after its subsidiaries said they were unable to continue operating because of a lack of funding through the budget.

The eastern-based parliament has repeatedly rejected the budget plans of the interim unity government, which was installed in March as part of a U.S.-backed peace push.

Meanwhile, there has been friction between the unity government's oil minister, Mohamed Oun, and NOC chief Mustafa Sanallah.

Oun has said he is suspending Sanallah because he left Libya without seeking permission from the ministry. Sanallah has rejected that, saying only the cabinet has the power to suspend him.

The protesters who shut down exports at Es Sider and Ras Lanuf demanded jobs and the dismissal of Sanallah. The protesters at Hariga demanded jobs. A group at Sharara oil field has also threatened to stop output unless Sanallah is dismissed.

All those areas are held by the eastern-based forces of commander Khalifa Haftar.

(Reporting by Ayman al-Warfali in Benghazi, Ahmed Elumami in Tripoli and Angus McDowall in Tunis. Editing by Jane Merriman and Elaine Hardcastle)