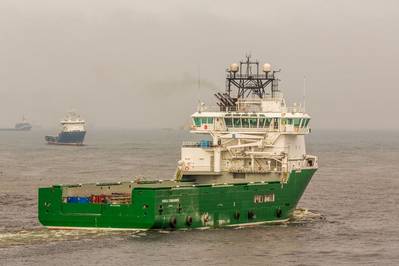 Havila Shipping said Thursday that the contract was with Total E&P UK, the UK subsidiary of the French oil major Total.

The new contract for the 2010-built platform supply vessel is for a firm period of 18 months. The contract will begin in mid-April 2020 in direct continuation of its current contract.

The 85 meters long Havila Commander PSV has worked for Total E&P UK since April 2012. The vessel is currently moored in Aberdeen.

The Havila Commander was delivered in June 2010 from Hellesøy Yard Løfallstrand, Norway. It is 85 meters long and 20 meters wide with 5,486 tonnes of deadweight. The DNV GL classified vessel has 1,005 square meters of deck space and can accommodate 23 people.

The term contract for Havila comes at a difficult time for the industry hit by low oil prices and budget cuts by oil majors.

Offshore vessel broker Clarksons earlier this week said that forward term demand for 2020 was starting to reduce significantly as a result of oil price decline/COVID-19.

"We are currently aware of up to seven PSVs now finishing early/being terminated from term contracts One PSV confirmed as going into layup, others expected to follow in the coming weeks," Clarksons said in a social media post on Monday.