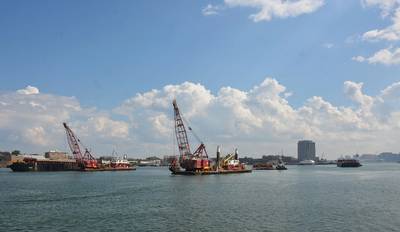 The Massachusetts Port Authority announced that $35 million has been secured to help fund the ongoing Boston Harbor Dredging Project. The project is approximately 30 percent complete, and this funding will enable the project to continue on schedule.

The project is a $350 million partnership between the U.S. Army Corps of Engineers, the Commonwealth of Massachusetts and Massport.  The maintenance dredging of the inner harbor was completed in December of 2017. The deepening of the main ship channels began in July 2018 to accommodate the large container vessels calling today and in the future.