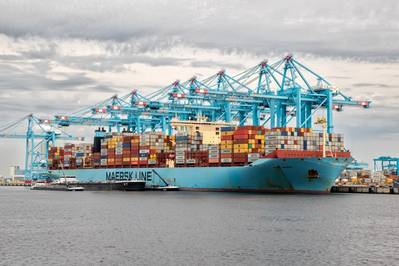 "We sent out a customer advisory on July 20th, telling customers that solid waste acceptance will be stopped by Maersk into the destinations of Chinese Mainland and Hong Kong, effective September 1st, 2020," the company said in a statement.

China began tightening restrictions on scrap commodities as part of an environmental campaign in 2017 and plans to reduce solid waste imports to zero by the end of 2020.

Maersk said in a statement emailed to Reuters its policy would apply to all solid waste materials, including wastepaper, scrap metal, used plastics, waste textiles and waste chemicals.

"This aims to fully comply with government requirements of the People's Republic of China on zero solid waste import as of 2021," Maersk said.

China was once the world's largest importer of scrap, accounting for 27% of global scrap and waste imports in 2016, according to the Institute of Scrap Recycling Industries.

German container shipping line Hapag-Lloyd and MSC Mediterranean Shipping Company have made similar moves ahead of the China's waste ban.

China, the world's top metals consumer, from this month began allowing the import of high-quality copper and aluminum scrap meeting new standards to be imported. Shipments under this scheme have not started, however, because China has not finalized information on how to import these materials or assigned them customs codes.

"When China customs HS (Harmonised System) code and related import process are ready to implement, we will also open acceptance for the new commodity according to government's regulation," Maersk said.